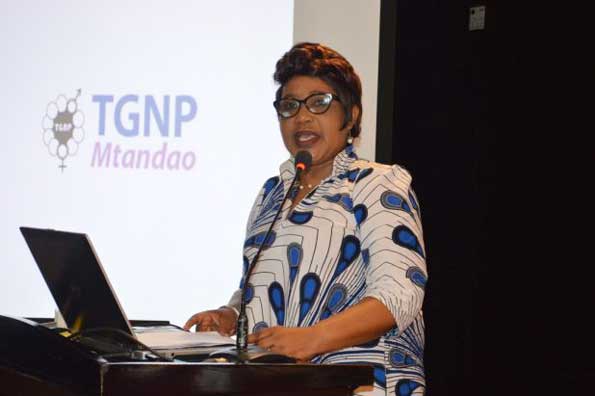 In the planning and budgeting processes, policymakers at all levels are challenged with this question, what will you do to advance equality between women and men?

Tanzania Gender Networking Programme (TGNP) Executive Director Mrs. Lilian Liundi says GRB is one of the ways for governments to implement gender-related commitments, recommendations and action plans from international conferences, like the convention on the elimination of all forms of discrimination against women (CEDAW), Vision 2025, Sustainable development goals (SDGs).

She mentioned the benefits of GRB as:

They can measure progress in the government’s commitment to gender equity by focussing attention on outputs and the impacts of government expenditure.

They can be used to ensure there are no gaps between budget appropriations and national policy development with respect to the advancement of women.

They help the government to focus on marginalized and disadvantaged groups such as the poor, youth, and rural people.

They ensure resource allocation and generation is efficiendone, effective and transparent.

They prevent the losses to the nahat can occur from failing to consider the gender implications of public expenditure and revenues.

They provide an opportunity to pursue balanced, sustainable and humane development.

These demands reflect on the concern that critical issues affecting women, the majority of whom are poor and marginalized, are not prioritized.

It provides a platform of a common set of demands for the achievement of gender equality to amplify the voices of marginalized women in demanding a Gender Responsive Planning and Budgeting process.

According to Liundi a government budget is a financial statement of the expected revenue and intended expenditure of the government over a given period, usually a year.

A budget necessarily has two sides – revenue (income) and expenditure (spending). As a financial plan, the government budget has to demonstrate that the allocations of the budget are going to benefit both women and men in their varied positions.

The financial plan has to show that generation of revenue is not going to overburden certain sections of population.

As a policy instrument the budget has to align both expenditure and revenue to various commitments which the government has made at international, regional and national levels.

It reflects responses of policy statements and objectives toward strategies and plans of action to align with resource allocations through a gender lens.

The GRB women’s demands focus mainly on the strengthening evidence-based local , media engagement and advocacy, and result in lasting and sustainable changes.

This will reflect the priority issues that TGNP identified for 2017 by targeting institutions of accountabilities and citizen to be proactive in Social Accountability Monitoring towards gender equality issues in development processes.

The issues and priorities are consolidated from Participatory Action Research, Community Parliaments, Gender and Development Seminar Series (GDSS) and Gender Festival.. It is anticipated that through this document TGNP, the community and other likeminded partners will engage effectively to ensure gender responsive allocations.

Despite the fact that most Tanzanians in rural areas live in poverty, the same people have been compelled to bear the burden of financing health services.

According to the Health Policy Project Report by USAID titled “Prospects for Sustainable Health Financing in Tanzania” released in February 2015, health services in Tanzania are funded from four major sources, which are the government, development partners, households and the private sector.

It is quite unfortunate that the economic growth in Tanzania has not effectively benefited all citizens in terms of social services provision, including health services.

The Government of Tanzania (GOT) has put in place the National Health Policy, 2007 and the Health Sector Strategic Plan III wherein it acknowledges that under the existing socioeconomic situation in Tanzania, women are more vulnerable to health threats than men.

Government commits itself to address specific gender-related health problems, including the girl child’s health, women’s health problems and to stimulate the involvement of men in family health issues.

Therefore, the existing gaps and gender disparities in the health sector are not a result of a lack of clear policies or strategic directives, rather they are occasioned by a mismatch between policy and strategic pronouncements and their actual implementation on the ground.

Some of the challenges faced in the health sector include worrying health indicators particularly for women, adolescent mothers, and children.

According to the Key Indicators Report of the Tanzania Demographic and Health Survey and Malaria Indicator Survey, 2015 – 2016, fertility rates are very high. At current age-specific fertility rates, a Tanzanian woman will give birth to an average of 5.2 children by the end of her lifetime.

Teenagers with no education and those in the lowest wealth quintile tend to start childbearing earlier than other teenagers. The percentage of teenagers who have begun childbearing is higher among rural women (32%) than urban women (19%).

Health statistics point concerns the problem of unsupervised deliveries in Tanzania. Only 7.4 percent of women received assistance from a medical doctor during delivery.

Maternal mortality rates and the burden of HIV are also major concerns for gender equality. While maternal mortality figures vary widely by source, estimates suggest that roughly between 7,500 and 15,000 women and girls die each year due to pregnancy-related complications.

In addition, another 150,000 to 450,000 women and girls will suffer from disabilities caused by complications during pregnancy and childbirth each year. Key Indicators Report of the Tanzania Demographic and Health Survey and Malaria Indicator Survey, 2015 – 2016 at page 10 Women are heavily burdened by HIV in Tanzania where 780,000 women aged 15 and over are living with HIV4. In 2016 UNAIDS HIV prevalence for women as 5.8 percent, compared to 3.6 percent for men.

In 2016, more than 25,000 women aged 15-24 became infected with HIV, compared to around 20,000 men of the same age. Women tend to become infected because they have older partners and get married earlier.

They also experience great difficulty in negotiating safer sex because of gender inequality. It is estimated that approximately 10 of the female Tanzanian population has undergone FGM/C. It appears that the practice is generally on the decline; with women aged 45 to 40 are three times more likely to have been cut than girls aged 15 to 19.