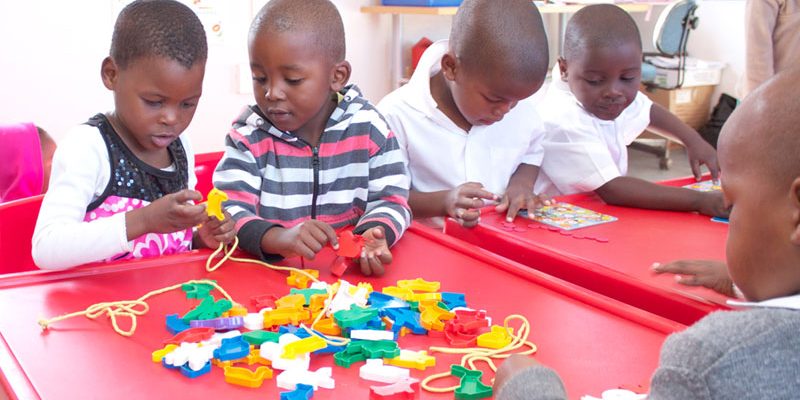 Investing in the early years of a child is one of the smartest things a country can do to eliminate extreme poverty and malnutrition, boost shared prosperity, and create the human capital needed for economies to diversify and grow.

A well planned Early Childhood Development creates a future dividend through which a child can exploit for many, many years to come but at the same time a country can tap in.

The fundamental questions are; how much do we invest in the early years of the child development for dividend accrual in the future? There is undeniable truth; which asserts that garbage in, garbage out. What one input into the development of a child has a symmetrical correlation on what you will ultimately see in a child as he becomes an adult. Invariably insufficient opportunities for early child learning and development is a recipe for future disaster in various fronts.

One; it affects the quality of future human capital, secondly it has an attractive link with poverty circle and lastly but not least, it adds a toll on health burden to be met by a child as he grows.

These are some of the features of poor investment in the early years of the child development which as a nation we must address.

Tanzania is characterized by huge geographical landscape where disparities in opportunities for early child development differs from one place to another.

Seemingly, raising children in big cities and towns of Tanzania does not necessary provide an open ended opportunity for appropriate early child development and care as one may think.

It has come to my knowledge that, many towns and cities in Tanzania where children are raised are even at the higher risk of missing proper childhood care and development henceforth a possibility for future disaster.

The same is true and applicable to children residing and growing up in the villages where even water and hygienic conditions are unbearable. Consequently, Children needs differs depending on age group, gender, developmental difficulties or disabilities, marginalization, or those who are living in deprivation.

Globally, millions of young children are not reaching their full potential because of inadequate nutrition, lack of early stimulation programs, learning, nurturing and care and exposure to stress which adversely affect their development.

National Early child development framework is so crucial if we need not leave any child behind. There is a growing body of evidence about what programs work and here are some of the clues; early childhood nutrition, early stimulation and learning programs to extend school completion programs and to improve learning outcomes and ultimately increase adult wages.

Various research on early childhood development have been conducted and some of the findings includes: A 20-year study of children in Jamaica by Nobel laureate James Heckman, Paul Gertler and others showed that early stimulation interventions for infants and toddlers increased their future earnings by 25 percent equivalent to adults who grew up in wealthier households.

In addition to this; econometric evidence suggest that an additional dollar invested in quality early childhood programs yields a return of between $6 dollars and $17 dollars.

Isn’t this worthy investing in? A World Bank Group (WBG) analysis of the long-term benefits of early childhood education in 12 countries found that children who attend preschool stay in school for nearly a year longer, on average, and are more likely to be employed in high-skilled jobs. In Guatemala a study on children who were not stunted were much more likely to escape poverty as adults, and earned incomes of 5 to 50 percent higher than children who were stunted as children.

In addressing plights faced by many children across the globe and through contextualizing the very truth about our own situation as a country, some of the actions we should consider applying as we focus on a child centric approach include; adopting principles of children’s rights to survive and thrive right from a family level perspective.

Leaving no child behind and supporting child-centred and family-centred care and nurturing programs. Smart investments in the physical, cognitive, linguistic, and socio-emotional development of young children from before birth until they transition to primary school are critical to put them on the right path to greater prosperity and as a result a more productive Tanzania able to compete more successfully in a rapidly changing global economy.

In addition to this; early childhood development needs to be integrated for obvious reasons because young children and their parents have holistic needs.

An integrated child centric approach can include; improvement of children health and nutrition, provision of love to enhance responsiveness to children care and supportive relationship, design children’s stimulation and early learning programs, heighten safety and protection in homes and communities and linking family’s needs and social protection programs.

We have a role to play as communities and the country as a whole. Early child development particularly from birth to five years is a foundation for a prosperous and sustainable society.

As a country pursuing industrialization policy without proper planning for early childhood development and care our future human capital is at stake.

And this is what it means by Child Centred Approach which yields multiple dividend.