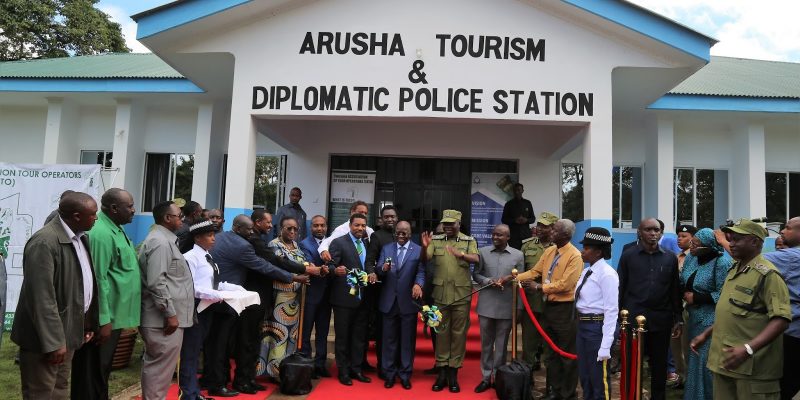 President John Magufuli has lauded members of the Tanzania Association of Tour Operators (TATO) for leading the way in complementing the government’s efforts in bringing about development.

In his brief comments shortly after inaugurating the ultra-modern Tourism and Diplomacy Police Station in Arusha worth nearly 194 million Tanzania Shillings meant to deal with tourism and diplomacy cases built by TATO members, Dr Magufuli said the spirit was worth emulating.

“I would like to see other regional authorities emulate the Arusha spirit whereby the public and private sectors could come together, chart out and implement their development projects,” the president directed.

TATO’s mission is to ensure that Arusha, Tanzanian’s northern tourism hub, remains a safe haven for both foreign tourists and diplomats.

In addition to seeing tourists and diplomats enjoy maximum security in the safari capital, the ultra-modern police station will apparently raise the country’s profile.

The tourism industry in Tanzania has of late witnessed the emergence of unscrupulous tour operators, particularly those targeting budge foreign visitors.

Some self-proclaimed tour operators, for instance, advertise bogus safari products at throw away prices online to lure and con tourists upon their arrival.

The unfortunate tourist mostly leave unhappy with tainted image of the country.