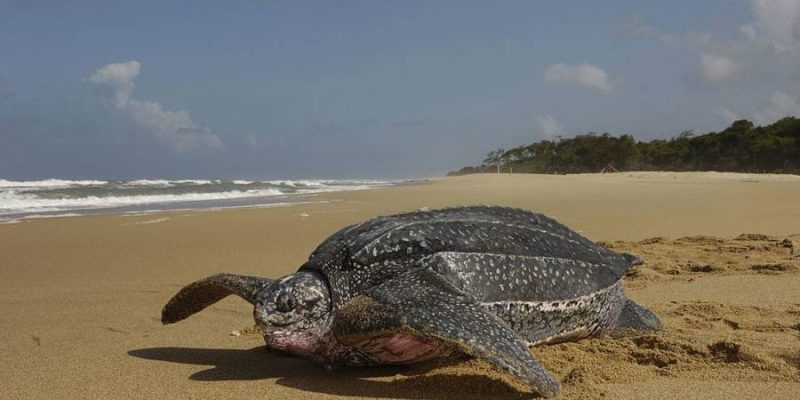 A family is recuperating from a grief-related depression following their loss of six loved ones, after eating what is presumed to be ‘ poisonous; sea turtle meat.

The tragedy which struck on January 22 this year at KiuyuMbuyuni village, Shanake area (Shehia), Micheweni District, North Pemba left six people dead including a 25-year old young woman and children below the age of two.

Dr. Mbwana Shoka, the in charge at Micheweni District Hospital confirmed the deaths but said samples or specimen were taken to the Chief Government Chemist to find out what caused the death of the children and the young woman.

“We are waiting for the laboratory examination, but judging from circumstantial evidence, the deaths were a result of eating contaminated sea-turtle. They caught it, prepared and ate secretly,” the medical doctor said adding it is very sad that the children died.

The police were also still investigating, while a woman a member of the grieving family who asked to remain said: “We believe the turtle meat was a problem, because about an hour or two, after eating the meat, about ten people were seriously taken ill. We rushed them to the hospital but six of them died later. ” Sea turtles are a protected species in many countries including Zanzibar, but people still eat them.

The sea turtles are currently listed as vulnerable or critically endangered species in the world.

However, loggerheads, Ridleys, and occasionally hawksbills and leatherbacks are also consumed by humans in various regions around the world. Some researchers also say that also sea turtles have spiritual or mythological importance in many cultures around the world; but this has not prevented humans from consuming their eggs or meat.

In many coastal communities, especially in Central America and Asia, sea turtles are considered a food source. Nariman Jidawi- lecturer at the Institute Marine Science (IMS), University of Dar es Salaam says people should not eat turtles because it feeds on toxic algae that line the seabed, and the toxins which are poisonous to being can be found in their flesh. Jidawi said.

In 1930 twenty people (20) died, in 1996 thirty eight (38) people died, in 1999 four (4) died in Tumbatu small Island, and in 2012 about twenty people got critically ill after eating sea turtle, prompting authorities to impose a ban along with educating people not to eat turtle followed by ban in 2010.

A fisherman, who identified himself as Juma Kombo, says meat of turtle is tasty, if well prepared “We also believe it cures health complications, and to help boost energy levels including libido in both men and women.”

Environmental experts say still in many areas in the world, sea turtles hunters comb the beaches at night looking for nesting females, wait until the female turtle has deposited her eggs, and then kill it to take both the eggs and meat.

In some countries, customarily consume sea turtle meat in observance of religious holidays. For example, in Mexico, thousands of inland residents journey to Pacific coastal communities during the week preceding Easter in search of sea turtles and other seafood.

It is estimated that during this short period of time, as many as 5,000 turtles are consumed in this region alone.

Until the 1970s when sea turtles were internationally recognized as endangered, their meat was also used to prepare turtle soup-considered a specialty by Europeans.

Additionally, people may use other parts of the turtle for products, including the oil, cartilage, skin, and shell.

In efforts to help preserve sea turtles and combat the threat posed by human consumption, authorities including conservationists have been taking different measures that include education; Patrolling nesting beaches; and some youth keeping turtles.

The measures have been showing success results as many villagers living close to the sea now protect the environment and some young people have formed organizations to safeguard the turtles.

Globally, the evidence of this success can be seen in Tortuguero, Costa Rica– the largest green turtle nesting site in the Western Hemisphere, where in remote area, villagers were first educated about the importance of conserving these species and the threats that consumption poses to sea turtle survival.

Alongside education, conservationists also settled in the area to conduct on-going research of this key green turtle population.

Slowly, villagers began to realize that changing their economy from one of consumption to conservation would increase their economic potential through tourism.

It is said that following the initiatives, today, Tortuguero is a model for other small communities and boasts a 400 percent increase in nesting green turtles, while in other countries, particularly developing countries there has been little or no information from small-scale fisheries around the world.

According to the International Union for Conservation of Nature (IUCN)’s Red List of Threatened Species, more than 26,500 species are threatened with extinction, which is more than 27 percent of all assessed species including the turtles.

It says that six of the world’s seven species of sea turtles are currently listed as vulnerable, endangered, or critically endangered.

to protect sea turtles continues here mainly by encouraging youth, fishers residents at the coastal areas to protect the environment and sea resources if they need to continue relying on it for their income and food.

“We need sustainable blue economy, therefore we must conserve our environment and marine resources for sustainable use,” campaigners say normally at the end of the year when young turtles are released into the sea.

The leading campaigners, a group of youth running ‘ Mnarani aquarium’ in Nungwi coastal village keeping turtles from the age when hutched to reasonable growth before releasing into the sea for its own growth and feeding.

Muombwa Haji Mussa Chairperson, Mnarani aquarium or ‘ Mnarani Marine Turtles Conservation Pond ()’, said the aquarium was established in 1995 in Nungwi village, about 70 kilometers north of Zanzibar stone town, with the objective of protecting turtles “After knowing that they have many enemies throughout its life cycle.” “It is a challenging project, particularly when we started. Even the surrounding society could not understand what we were doing.

Fortunately, after more than two decades, we see big changes and achievements,” Muombwa said they tag the young turtles for identification and protection.

He said their turtles center is now famous because students, researchers, and tourists visit the place, while no entrance fee is required for residents, foreign tourists pay a small amount of money to help keep the turtles.