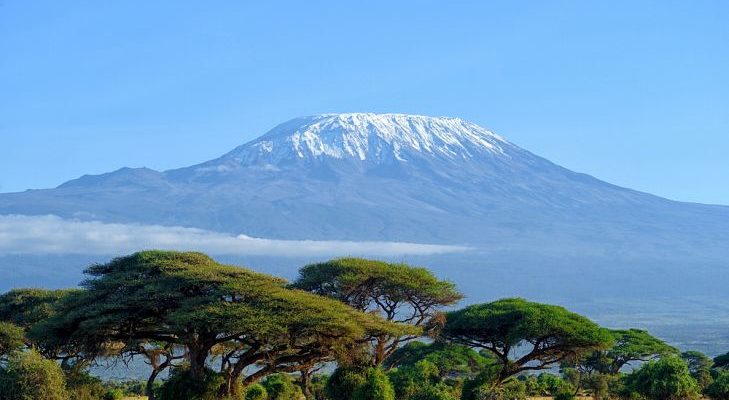 To get a clear picture of what happened in those days let us go through history. Although there are many tales behind the word Kilimanjaro, let us make a clinical analysis behind the history of this tallest mountain in Africa.

It being said that before the arrival of the Chagga’s on the slopes of the mountain they were occupied by mysterious pigmy people who conquered the whole area after fighting with Maasai warriors.

These were Wakonyingo who used sharp spears powered by magic that accurately directed the weapon to its intended target.

Regardless of their height and number in the battleground, the supernatural power enabled the defenders of the small communality to stand, fight and declare victory against marauding Maasai whose warriors were defeated by every army that tried to stop them from occupying what is today known as the Maasai plains today.

About seven hundred years ago group led by ancestors of different clans of the Chagga arrived on the slopes of Kilimanjaro.

Their arrival was marked by a heavy fight with these pygmy people who were then defeated and vanished into the tropical forest where they used to come and make attacks on families in Machame, Moshi, Uru, Marangu Rombo.

With the competition for grazing ground between the other communities especially the Maasai. Leaders of the Chagga had no other option than to fight and pushed the Wakonyingo tribe into extinction when the last family was killed more than four hundred year ago.

From that time the Chagga became a dominant community on the slope of Mount Kilimanjaro after assimilating other minor communities such as Ongoma and .

Time passed and they came familiar with the newly founded land where they believed God or Ruwa had his palace on top of what is called today as Mount Kilimanjaro.

Those days the mountain was surrounded by a thick tropical rainforest that had big waterlogged bodies.

Scientists say soil may be regarded as waterlogged when it is nearly saturated with water much of the time such that its air phase is restricted and anaerobic conditions prevail.

History shows that throughout the year the bodies were found around Mount Kilimanjaro because of period of rainfall that prevailed around the area.

Unlike others in different parts of the those which were in the forest had blanket made by aquatic tropical plants.

Filled with belief and a burning curiosity of knowing the secret behind the snow, some risk taker attempted to penetrate the heavy tropical rainforest, with no map or compass most of them were swallowed by these waterlogged bodies and died leaving shock and fear to their friends and family who cried out by saying Kipo kya .

In they were saying what . Among Chagga of Marangu, Rombo, Machame, Moshi Uru the word Kipo is an exclamation that a sudden cry that remarks a strong emotion or pain. Phonetically the Chagga language has no P, these led to the rise of the word Kibo when Swahili and Arab people came into the area looking for ivory from elephants which used to dwell in the area.

The unsuccessful expeditions to the peak of the mountain by local people led to the rise of the word Klema Kyaro which stands for impossible journey or route.

Between 1848 and 1884 when Karl Peters led the German to put the whole of Tanganyika under the control of Otto Von Bismarck, the colonialist changed the word to which was later changed to Kilimanjaro after the First World War when the British took the colony.

Standing for about 5,895 meters from the sea level above East African plains. Mount Kilimanjaro is located about 330 kilometers south of Equator and 270 kilometers from the Indian ocean which contribute to its weather through equatorial trade winds from thousands of years ago.

Not only that, history also tells us that from Phoenicians, Romans, Germany to the mighty British Empire mount Kilimanjaro was the center of attraction to traders, explorer, and colonialists who were engaged in a war which involved more than 2,186 soldiers from different parts of the world but the resulted into unrecorded injuries and death to local people.

That is what happened to the tallest mountain in Africa which history geologists say it was created by the underneath volcanic activities by the Great East African Rift Valley, about 40 ago.

The Great Rift Valley which started from Lebanon made tremendous impacts when it expanded its muscles for about 6,000 kilometers to what is known today as East Africa to form the East African Rift Valley.

Geological history shows the East African rift valley crossed to Tanzania about 12 million years ago when tensional forces created faults which made the eastern arm or what is known to some scientists as Gregory Rift and about 8 million years ago the rift valley extended its tentacles southward.

That was a time when big volcanic mountains in the whole of East Africa was formed and volcanic dust material blown out in the sky.

Scientists believe that El Nino and trade winds which affected temperatures on Pacific and Indian oceans about 25,000 years ago caused a long period of drought that made fertile soil from modern Kilimanjaro, Manyara, Tanga and Arusha to be blown to Serengeti plains.

Time passed and when the Maasai people arrived in the area they were faced with the shortage of water and pastures for their cattle. Some moved northward to fight with Chagga, Sambaa and other Bantu communities that used to dwell on Maasai plains but those who were courageous they looked for new pasture.

It is believed that from their prime area around Ngorongoro, elders asked Moranis or warriors to explore the whole plain, together with a huge herd of cows, goats, sheep.

They were instructed not to help anyone that failed to walk with the group to the dreamland and to mark any point where a dead individual lies with a stick that points where they came from.

That journey was very tough because they had to pass through the savannah grasslands which is dominated by hungry predators such as lions, leopards, cheetah and hyenas that devoured bodies of dead members of the migrating group to mark cleaning ritual of the savannah.

After a long journey, it was only those who were strong and courageous that managed to reach the new pasture.

Out of joy for the some parts of the plains were named Namri to show big cats such as lions and cheetahs which they had to fight with while defending their .

When the situation allowed they went back to Ngorongoro while following the marks and when they reached home they explained to their leader the greatness of the place that when they first saw the plains they thought that if they managed to the end they could touch the sky.

That is when the Maasai came up with the word Serengit which stands for endless plains. History shows that in order to occupy the plains the Maasai had to fight against different communities including Wambulu who were there from more than 2,000 years ago and Datoga, Wambugwe who came later about 1,700 years ago but all the communities were pushed out of the plains from about 300 years ago.

Wambugwe or Vambowe are very small but strong community today are found in Babati District where they practice mixed farming activities. They are said to have their origin from Irangi where the Warangi of Kondoa found today.

There is a mixed history of this place where cave paintings are found, it is on the Irangi hills in Kondoa District where the main source of Tarangire River is found. Stretching for more than 88.5 kilometers Tarangire river has another primary source in Babati District where the Wambugwe community is found today.

These are believed to be responsible for the name Tarangire which stands for the word meandering. Because of their influence over the Kirangi language cannot be left out in the making of this beautiful name.

national park is one of the most beautiful animal sanctuaries in the world. With permanent water supply from the river predators, herbivorous and scavengers of all types thrive in the park which is found in what zoologists call Tarangire Ecosystem which has the largest population of elephants in northern Tanzania.