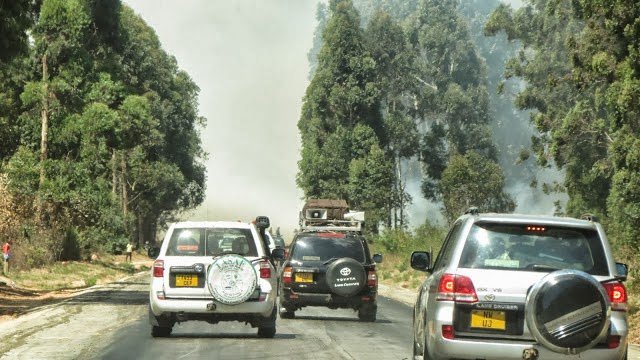 Accordingly, forests are regarded as resources for supply of firewood, timber, logs, poles, charcoal, or traditional herbs. Unfortunately benefits in terms of supply of critical environmental services not well perceived.

The latter aspect needs further discussion but for the sake of forest investments, this discussion is limited to forest plantations citing Sao Hill as viable example.

The Sao-Hill forest plantation is among 23 plantations in the Mainland owned by the government and managed by the Tanzania Forest Services (TFS).

Sao-Hill has a total area of 135,903 ha (Reserved) and 86,003 ha are suitable for planting trees while remaining 48,200 ha for enhancing environmental services including protection of water sources (Little Ruaha and Kihansi Rivers); biodiversity and amelioration of environment including Carbon dioxide (CO2) sequestration while releasing Oxygen (O2) into the atmosphere.

This area is composed of 59.5 percent replanted after harvesting and 40.5 percent expansion (trees planted in areas not planted before). This is a commendable effort done by TFS, an executive agency established in 2010.

Expanded Sao-Hill forest plantation is the outcome of the government desired goal to invest in tree planting with the view to establish the Pulp and Paper-Mill (PPM) to supply printing papers and packaging/wrapping materials.

Initially, the paper-mill should be near Dar-es-Salaam for easing transportation of imported raw materials and export of products. Thus, in the 1970s it was decided to plant trees at Ruvu North Forest Reserve located about 70 km from Dar-es-Salaam. And, to speed up tree planting, a loan from the World Bank was sought and 5 (five) million USD (IDA-credit) secured.

Unfortunately, planted trees between 1970 and 1974 (about 2000 ha) did not show promising performance. On that note, decision was made to look for alternative areas suitable for the purpose.

Based on research results (for the period of 1939 and 1951) Sao Hill was suitable for expanded forest plantation. Between 1975 and 1990 increased tree planting at Sao-Hill occurred and later the paper & pulp-mill was established at Mgololo in the Mufindi District, Iringa Region. Sao-Hill plantation is a treasure for the nation to earning substantial revenues.

The government collects royalties and fees charged to forest produce traders but also the value-added taxes (VAT) and Cess. The last two are channeled to the Tanzania Revenue Authority (TRA) and District Authorities in the Mafinga Town; Mufindi and Kilombero District Councils. For the past ten years, Sao-Hill plantation generated 319.5 billion shillings government revenues: while in 2017/2018 financial year alone generated 46.1 billion shillings.

This is a significant collection of revenues from a single forest plantation within one financial year. Additionally, benefits to the District Authorities are also significant for instance, Cess collected between 2010/2011 and 2017/2018 amounted to 6.1 billion shillings plus VAT (not included here).

Furthermore, the plantation supports villages in terms of financing community services such as infrastructures for health, schools, village offices and marketplaces.

Also the plantation is beneficial to local communities in terms of generating employment opportunities for instance, current 273 permanent employees but with a deficit of 28.5 percent of required permanent workers.

Moreover, the plantations regularly engage about 3,000 casual labourers from adjacent villages. Furthermore, harvesting done some villages and staff benefit from growing food crops under the taungya system in which farming is allowed until planted trees close up canopy. The system contributes to food security in villages and communities adjacent to forest plantations.

The 60 adjacent villages and related institutions including local authorities benefit much through harvesting permits. For instance, between 2011/2012 and 2016/2017, the villages obtained harvesting permits of 61,600m3 worth 3.08 billion shillings.

In 2016/2017 Mafinga Town Authority and Mufindi District Council allocated 10,000m3 worth about 500 million shillings. Religious institutions during same financial year obtained 1,200m3 worth 60 million shillings. Other benefits include employment opportunities generated by industries such as the Mufindi paper-mill; Sao-Hill forest industries Ltd plus other medium and small wood processing investors (more than 500); all provide employment generating income to people from Iringa Region, other regions and outside Tanzania.

I have cited Sao-Hill forest plantation to demonstrate that forestry has substantial benefits to the nation. It is further noted that money borrowed and invested at Sao-Hill paid dividend to the nation and her people hence forestry can contribute significantly to sustainable national economic advancements.

It would be used if such credits are obtained and used in a manner that can advance forestry productivity for the good of all. Yet wood deficit of about 19.5 million m3 and to bridge the gap, the nation should plant about 200,000 ha annually.