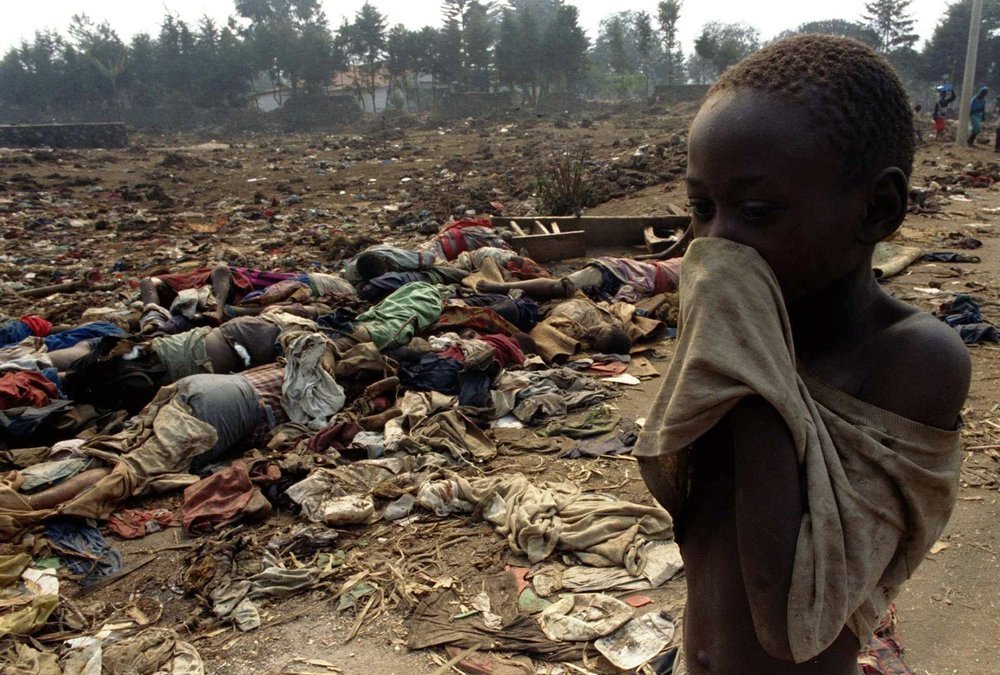 April this month when Rwanda remember the horrible events in its history that led to the killing of an estimated one million people in 1994.

That is an occasion of solemn importance, and the rest of Africa can peak a leaf from Rwanda to commemorate other events in its history that created even greater human suffering.

Unfortunately, many Africans today are hardly aware of the continent’s sad history over the past five or so centuries of Afro-European contract.

Generally, our history is still largely taught from a Eurocentric perspective that tries to gloss over the serious crimes that were committed against our ancestors.

And many Africas have fallen for that bait, assuming that the past matters little, after all. That attitude is unfortunate and only unending quest to gain access to African’s resources for the next-to-nothing.

It is not based on the West’s own practice where their history is concerned. Indeed, more than 70years after the end of the Second World War, we still have commemorations of the Jewish Holocaust in Israel and all over Europe.

After while the Holocaust in which up to 6 million Jews lost their lives is regrettable, the crimes and figures when it comes to Africa are a lot more horrific.

The slave trade, for instance, went on for about 450 years, during which anywhere from 60 million to 200 million Africans lost their lives.

Whole villages an even flourishing kingdoms were destroyed, families ripped apart, young girls and women raped repeatedly, millions of people thrown into the sea for sharks to feast on them, and numerous other atrocities were committed ad nauseam.

These crimes were committed by so-called godly nations that profess the Christian faith, with blessings from the Vatican and the complicity of religious leaders of various shades.

That African Holocaust, the lack of a stronger term, is deserving of every commemoration by the whole continent. It is extremely unfortunate that most of our leaders are so mentally colonized that they will join in singing songs about the Israelites who were allegedly in slavery in ancient Egypt, but fail to remember our own people who suffered untold misery through the slave trade. Africas must never forget.

More recently, tragedy unfolded in the Congo when Belgium’s King Leopold II decided to pursue his greed to the fullest extent, leading to the extermination of up to 15 million Congolese.

That too is a subject that is hardly taught in history classes around the continent. Again, Africans must never forget. Of course, there were numerous other smaller-scale but equally significant massacres that have occurred as external forces seek to get Africa’s rich resources for themselves.

The atrocitiescommitted during the Mau Mau rebellion in Tanzania, the Herero Uprising in Namibia, and many others across the continent, should never be forgotten.

This is not just for purpose of remembering for the sake of it; no, it is imperative that we come to terms with our history if Africa is to free itself from the shackles of Western imperialists.

We squandered the opportunity to unite at independence, and have squandered numerous other opportunities to deal firmly with neo-colonialist forces.

Those leaders who would have led the way have been mercilessly killed by Western spy agencies, leading to current levels of helplessness and poverty on the continent.

To make a clean break from the past, we must appreciate our own history, rich cultural heritage, and the achievements of our ancestors.

We must also learn the bitter truth about those outsiders who came to ride roughshod over Africans from Arab slave traders to white slave-owners and know how to deal with their descendants, many of whom still nurture misplaced ideas of their own racial superiority.

Commemorating the sad events of Africa’s past history will be an apt beginning point.