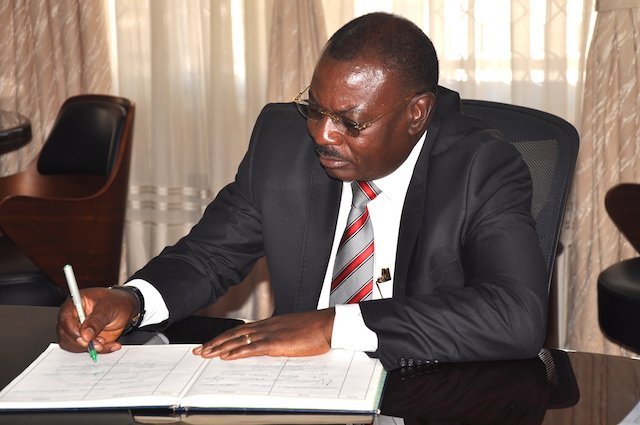 In the wake of a successful pilot of Prime Vendor System in three regions, the government has scaled up the system for all regions in Tanzania mainland to ensure all time availability of medicines and medical supplies to public health facilities.

Deputy Minister in President’s Office (Regional Administration and Local Governments) Mr. Josephat Kandege (pictured), noted here yesterday that the system has facilitated the improvement and availability of medicines and medical supplies in the three regions of Dodoma, Shinyanga, and Morogoro.

“Following the successful pilot project in the three regions, the Government has given the green light for extension of the systems to all regions,” said the deputy Minister while opening a Prime Vendor forum.

The Forum was organized by the Swiss Tropical and Public Health Institue (SWISS TPH) under Health Promotion and Systems Strengthening Project which is a key partner with the government in the implementation of Prime Vendor System.

Mr. Kandege explained that the system will be applied when public health facilities will miss out or acquire a small number of medicines and medical supplies from the Medical Stores Department (MSD).

According to the Deputy Minister, the Vendor for every region will be carried out in accordance with Public Procurement Act, 2011 and its amendments of 2016 as well as Procurement Regulations 2013.

“The vendor process for Prime Vendor in all regions will be transparent and observe Public Procurement Act, 2011,” he observed.

Mr. Kandege said the government came up with Prime Vendor System due to a number of challenges faced public hospitals, pointing out some of the challenges as a shortage of medicines and medical supplies in the public health facilities.

He pointed out other challenges as high costs and different costs of medicines and medical supplies between municipalities within a region and frequent changes of prices with a month.

“Some tender bidders collaborated with dishonest servants to violate procurement regulations thus resulting in loss of public funds,” he added.