Strategic and conceptual issues relating to Tanzania’s prospects for industrialization, especially when it is projected to be a relatively short-term thrust and with general effects of the change from peasant-based to industry titled economy are no longer confined to the technical, bureaucratic or political debate in Tanzania.

They have become a matter of international attraction and consequent disputation, with leading think tanks in the country collaborating to bring the best global experts turned to a dominant line of thinking in the bureaucracy.

That explains their selection, but to their local audiences, they ate quite simply the best experts on industrialization.

One reason why it was necessary to invite renowned writers and publicists on the issue was the dearth of open debate on the issues, and worse, the lack of purposeful research on that question at leading universities in the country, especially the University of Dar es Salaam.

When a semblance of the debate has occurred for instance at the Research for Poverty Alleviation and Development (REPOA) it has often taken the form of proto-academic lobbying for the financing of this or that sector of the economy as crucial, a non-starter to sort out the issues. The debate around renowned academicians on industrialization was unlikely to descend to professional lobbying, clearly.

While those who only heard the proceedings partially shall have to wait for ripples of the conference at Uongozi Institute to spread far and wide, a few things were already clear.

Either they were pointedly emphasized by the key invited guests or they appeared to dominate media reception of the issues, or underlined in particular instances of their interventions. or orientations, though not all disputes could be resolved, as even within global top level left liberals, plenty of disputes permeate issues.

Two notable interventions could be cited, one from former World Bank chief economist Prof. Joseph Stiglitz mostly identified with Columbia University in the United States, and leading critic of the globalization phenomenon generally.

Still, it is not the process of globalization per se that it is at issue in his key writings but methods of dismantling national economy (emphasized for instance by the Dakar based development mentalism guru Prof, Samir Amin) to conform to prerogatives of globalisations, dominated by major companies, especially US firms and interlocked shareholding with other Western companies.

How that criticism squares up with China’s rapid and phenomenal growth in another thing. breaking with ‘under-development’.

During the 1960s and 1970s the debate about ‘underdevelopment’ was neat and clear, how colonialism had crushed the development prospects of really national integrated economies, with South America a typical zonal example while Africa as a case was coming up fast and providing invaluable cases and illustration of imperialist control of economies.

The chaotic situation of the Congo following precipitous independence in 1960 and eventual killing of Prime Minister Patrice Lumumba, and stopping UN investigation and intervention as UN Secretary-General, Dag Hammarskjold’s plane was blown up flying over Zambia, was unbearable. The change was to come in the 1980s.

While chroniclers termed the 1980’s a ‘lost decade’ for Africa, in Asia, it was a decade of rapid development for more countries than the few which had already taken off by the mid-1970s or even late 1960s.

Suddenly the late 1950s the thesis by US economist Walt Rostow on the Stages of Economic Growth started to look real and applicable for the whole world, not just a Western phenomenon that ‘imperialist’ were trying to export.

Many among the conservative schools wanted industrial development without tearing apart social structures, and by and large, this is what we are pursuing here.

How far this is still a major issue is a different matter, and could only be gleaned by noting how each world figured in development economics would treat the issue.

China has reached heights of growth and avoided all sorts of crises with which South America has been identified, and export orientation looms large while inward looking industrialization of old socialist model collapsed.

Thus the triangular problem of what ought to be conserved, from those who insist on the national economy, to which is attached cultural prerogatives or the preservation of national image and orientation (which crucially focuses on the protection of regimes as they are often swept aside by industrialization and its urban population growth that leads to demand of democratization).

This national image can be cultural on its won or also political, as to the forms of a regime that are acceptable to globalization, for instance, the failure the Soviet Union to maintain its regime, while China has done just that.

It is hard to see how the Uongozi Institute Conference would take up all these themes and still focus African industrialization and Tanzania for what matters, but its focus was decidedly on the big issues.

It was partly to enable policymakers to compare notes with academicians of global note as to what can reasonably to be expected in a situation like Tanzania (now that it would no longer be possible to talk of ‘Tanzania type economies’ the way ex-UDSM economist Prof. Clive Thomas was formulated in the early 1970s).

It was generally meant to provide sledgehammer medication to creeping liberal formulations for moving hindrances to the ‘doing business’ climate, as most solutions pursued are antithetical to left-liberal ways of thinking and intuitions, like the role of the state in industrializations, etc.

Of the various positions on the issues expressed, perhaps just two could suffice to get a glimpse of the sort of input the gathering provided to participants, outside the sphere of enhanced education and broadened understanding of basic, conceptual or strategic issues.

One was an apparent difficulty of defining national economy and in what context does it come up (if it is deliberate or arises from predispositions of culture or geographical aspects) that was attempted Prof. Samir Amin in the televised talk show.

Still, he made it clear that with 50 million people Tanzania has the size to become a major economy, as it dwarfs by far a series of European countries with a much smaller population.

Then, Prof. Stiglitz provided a much-needed fillip, even if is in these remarks taken out of context, on the primacy of revenue collection (and proper use) in the process of industrialization.

To wit, and despite changes since the Harvard thesis in 1972 by the late Prof. Justinian Rweyemamu, it is a point that was a crucial link in his entire thesis then. 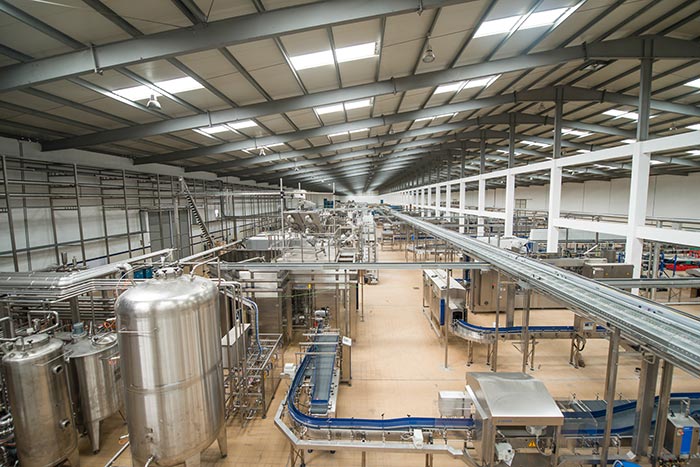