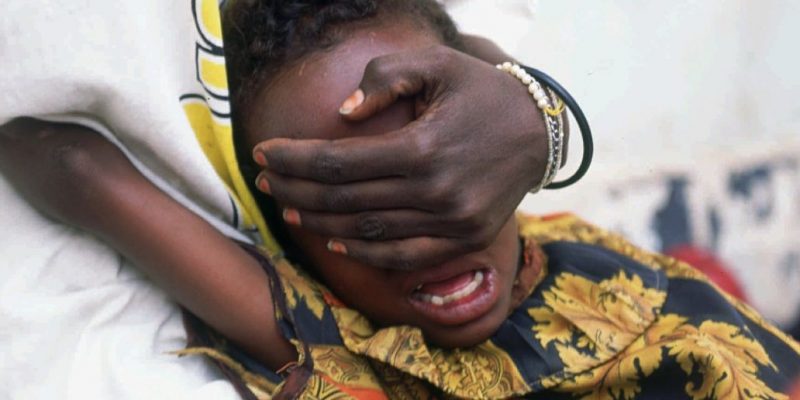 The fight against female genital mutilation remains long and hard. Despite government efforts to eliminate the practice, some people continue it in a shroud of secrecy mainly in Mara, Dodoma, Kilimanjaro, Singida, and Manyara regions.

Female Genital Mutilation (often referred to as FGM) is a destructive operation, during which the female genitals are partly or entirely removed or injured with the aim of inhibiting a woman’s sexual feelings.

In some African countries, most often the mutilation is performed before puberty, often on girls between the age of four and eight, but recently it is increasingly performed on babies who are only a couple of days, weeks or months old.

In some places in Tanzania, adult women and children aged between six and 20 years undergo the harmful ritual. Although there are sustained sensitization efforts and legal curbs that aim at eradicating the practice, incisors (ngariba) circumcisers are still at work.

They mutilate children and women secretly. A recent survey shows that the practice is mainly prevalent in ten regions on the Mainland. The most notorious regions are Arusha and Manyara where the prevalence stands at 81 percent.

Dar es Salaam appears to have the smallest rate at 5.4 percent. An anti-FGM activist, who wished to remain anonymous, said in Dar es Salaam recently that the anti-FGM crusade has made headway so far in sensitizing elders in tribal settings to shun the ritual.

She said that a significant number of incisors in Dodoma, Singida, Ruvuma, and Manyara have come forward to surrender their tools of the trade. She said, however, that despite the vigorous anti-FGM effort, which has made successful inroads into the ritual, some incisors now mutilate day-old babies secretly.

“Ninety- eight incisors in Manyara Region have already laid down their tools. This is a welcome development,” she said. She mentioned other regions where incisors have given up their trade as Dodoma (83), Singida (96) and Ruvuma (202).

It is highly critical that communities must look for alternative methods of marking the passage of girls to womanhood (unyago).

The contention here is that people do not have to mutilate young girls to get them to graduate into womanhood. In Dodoma Region the practice is known as “kugotolwa” among the Wagogo. Here, the ritual marks the passing of a young girl from childhood to womanhood.

So, in Dodoma and Singida women are mutilated on the pretext that the practice fends off “lawalawa.” In fact, an investigation by medical experts has shown that such a disease does not exist.

Lawalawa is a myth and an excuse to validate FGM among backward tribal settings. It has been established that what is believed to be “lawalawa” is actually a minor medical complication caused by improper cleaning of the genitals and any “uncircumcised” woman who develops thrush and an itchy feeling in her genitals is believed to have “lawalawa.”

Medical doctors say that the so-called “lawalawa” is thrush that is normally caused by dirt. It is an infection that can be prevented by the cleanliness of genitalia and cured in hospitals by administration of antibiotics.

Although the government says it has logged a mileage in the crusade against FGM there are pockets of resistance in some regions, especially in Dodoma, Mara, Arusha, and Manyara.

Some elders in most villages are diehards who have refused to see sense. The elders’ argument is that FGM curbs sexual desires in young girls so that they won’t engage in premarital sex. And, as mentioned before, the ritual is also a passage from girlhood to womanhood.

Whatever the ruse for FGM, the practice is unnecessary and is highly dangerous to health. FGM involves the removal of the clitoris by cutting with a sharp blade across the high-pressure clitoral artery.

This procedure is likely to cause life-threatening hemorrhage if carried out without competent surgical control. In the event of massive hemorrhage, serious collapse or sudden death may occur. Major blood loss can result in long-term anemia.

In fact, losses of lives have often occurred following the crude cut which is normally carried out by elderly village women. With infants (a practice that is uncommon) the incisor or “ngariba” uses fingernails to cut off the baby’s nascent private parts.

The rite is conducted clandestinely under a shroud of secrecy, to avoid the attention of State security agents. The incisor wanders casually into the baby’s home and works in dim light.

FGM, which is normally carried out on girls, is performed with crude homemade knives, pairs of scissors, scalpels, pieces of glass or razor blades. There is often additional unintended damage to the labia minora due to the crudeness of the tools, poor light or septic conditions.

Infection, due to the unhygienic environment and the use of crude, unsterilized tools, is a likely consequence. Infection can also be contracted due to the application of traditional herbs such as crushed tree leaves or roots often used for healing the wound. In urban centers affluent families prefer eliciting the services of health personnel such as midwives and doctors.

However, the government and the WHO have consistently condemned the “medicalization” of both circumcision and FGM.
The WHO sees the practices as unnecessary as they are likely to carry serious, potentially dangerous complications.

Early marriage is a serious social problem in this country. Hundreds, possibly thousands, of girls are married before the statutory age of 18. This is a serious problem. This deplorable tradition can be traced back to numerous generations and remains persistent.

Underage marriage is one of the principal causes of the now numerous pregnancy complications in young mothers. The practice also denies the unfortunate girls access to education, especially those who get married at the tender age – say at eight or ten.

Traditions are strong in many parts of Tanzania especially among the Wamasai, Wakurya, and Wachagga in the north; the Wahehe and Wamakonde in the south; and the Wahaya in the west. Traditions also die hard in central Tanzania mainly among the Wagogo and Wanyamwezi.

Deeply entrenched traditional values here mean that the local practice is for girls to marry when they are very young. This creates problems for the girl and the society itself.

Of particular concern to the state is a large number of pregnancy complications amongst young girls whose bodies are not yet ready to bear children.

According to a report by the Women’s Dignity Project, obstetric fistulas are common complications. Women who have the fistula
are often the very young girls who are married very early, before 15 for example, who are too poor to attend health services and try to deliver at home. Apart from being poor, these young mothers are often ignorant about motherhood.

Medical experts say an obstetric fistula can occur because the woman’s pelvis is too small, the baby’s head is too big, or the baby is badly positioned. The woman can be in labor for five days or more without medical help. In most cases, the baby dies.

Sometimes, the mother dies too. If the mother survives, she is left with extensive tissue damage to her birth canal that renders her
incontinent – either of her bladder or bowel functions. This is the beginning of a medically pathetic situation for the young mother.

Medics say corrective surgery is possible as long as the fistula or hole is not too big. Without surgery, young women damaged by an early pregnancy remain physically and psychologically scarred.

This irreparable damage wrecks the life of the young woman.