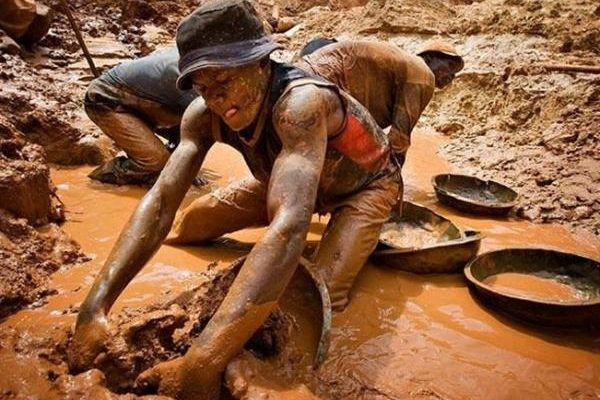 An artisanal miner or small-scale miner (ASM) is a subsistence miner who is not officially employed by a mining company, but works independently, mining various minerals or panning for gold using their own resources.

Incessant cabinet changes with the portfolio for mining targeted more directly than others has been a focus of discussion lately, with President John Magufuli ardent and willing participants in that discussion.

He laid out reasons for changing ministers in the docket with results or improvement in organization in the sector, part of which relates to monitoring artisanal gold mining and ensuring that the vital metal is sold in Tanzania.

There is an element of realism in the solutions or policy trajectory that the president sketched out, with that approach is still a lot of baggage to leave at the gate.

The mnost realistic aspect of what the president sketched out as to ensuring gold is sold to the Central Bank or its agencies in the regions was to cut taxation so as to attracy miners to selll their gold to national institutions.

It is a cardinal aspect of the country’s psychological mould that this sort of truism has waited more than 55 years of independence to start sinking into reality, that high taxes cause smuggling.

Had this impression being there during the First Phase presidency, plenty of the trouble we went through, economic decline, would not be there.

Even through it cannot be said that the policy approach is taking a sufficienctly realistic outlook to expect that the smuggling will be ended because realism has taken over owning to a mojor policy drawback: that of focusing on public revenues as the most important component of what the country earns in the sector.

As a matter of fact, revenues are not the principal element in any sector of a country’s economy but private earnings, and then the level of compliance or enforcement where necessary, of taxation Revenues take profile in Tanzania due to the privileged role of the state in activity that we worry about development more than others, often.

The reason because other countries are not patriotic but their patriotism is different, but their focus on how their countries are governed is a combination of freedom and fair play, neither of which is highly regarded here.

Instead of doing business because they are free and put in their skills and capital expecting a profit and make the business grow, there is an impression that one is just allowed to conduct business, and turn ought to enable the government obtain more revenues.

It wasn’t the lack of equipment to tell real from tak gold that stopped BoT gold purchases in 1992 as JPM was intimating in his remarks. No gold trading, purchasing could taken place without such a preliminary need or instrument being in place in the first place but the Leadership Code.

Artisanal miners work for holders of tracts of land and in many cases put them to work, and despite second phase changes, it wasnt quite safe as yet in 1992 for a seniour public official in government or parastatals to admint that is involved in gold mining, etc.

With the country now awash with millionaires in all directions, whether or not they are recognized in Forbes Magazine, the political concern pendulum has swung where it has not reached since 1992, as to why Tanzania’s crops, minerals are smuggled rather than sold internally.

When the president starts to grapple with that issue, he will discover that people wish to be recorgnised to be producing for their own welfare, that of their families and thus are ready t pay fair taxes for wider public needs.

Strident emphasis that ‘the people’ are still poor is a disincentive to invest in mining, as it means the government will pile more taxes on them to reduce ‘inequalities.’