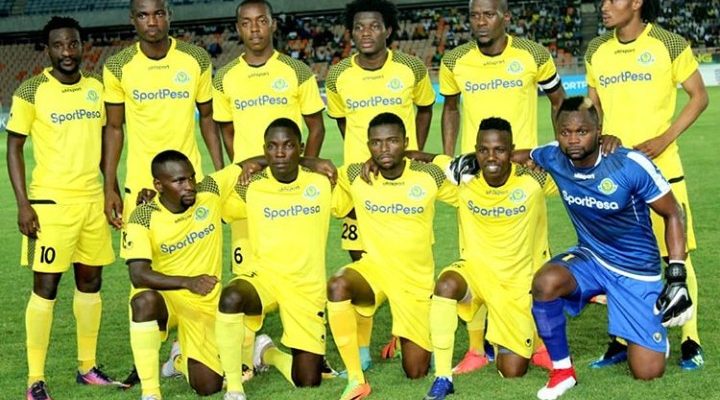 Yanga came from behind twice at the National Stadium in Dar es Salaam on Thursday evening to force a 2-2 draw in a normal period of play, forcing the winner to be decided from the spot kicks.

The Jangwani Street side converted all their five penalties through Heritier Makambo, Paul Godfrey, Ibrahim Ajib, Thabani Kamusoko and Matheo Antony to sail into the fifth round of Azam Sports Federation Cup (ASFC).

However, Biashara United’s Tariq Seif saw his third missing the target hence an advantage to Yanga.

His colleagues Lenny Kissu, George Derick Mussed and Kauswa Bernard netted theirs. With the victory, Yanga will face an away uphill task against First Division League (FDL) side Namungo FC from Lindi, which beat Ruvuma based Mighty Elephant 1-0.

At a press briefing, continuously hailed his charges for successfully accomplishing his objective of cruising into the next round. “It does not matter whether we played good football or not, the most important of all is to progress forward,” the coach said.

He added: “We could have killed the game early today (Thursday) based on the chances we created but I can say Makambo (Heritier), ever since he returned from DR Congo, his efficiency has slightly gone down.”

Queried about the performance of his defence, gave them kudos, saying they were awesome.

Commenting on their next ASFC fixture, said he is aware that it will be a difficult game but if his players will approach it with winning mentality, they will defeat Namungo. “We once played against them in a friendly match, they are a good team but our target is to go further in the competition,” said.

He also disclosed that seeing his side making a comeback and win the game was what impressed him much on the day. “You can only do that if your players have that winning mentality and fighting spirit during a tense game like that,” said.

On his part, Biashara United Head Coach Amri Said insisted that the blame is theirs for failing to protect their two leading goals. “To say the truth, we had a chance to bundle out Yanga from the competition but lacked consistency hence giving them an opportunity to come back and win the match,” he said.

Asked why he was furious with his substituted goalkeeper, Nourdine Balora, the coach accused him of making a silly mistake he said resulted Yanga’s equalizer.

The pair was seem at the technical area exchanging words, which later led the referee to intervene and sent Balora into the dressing room. “I dislike indiscipline players. I can even expel him out of my squad,” the coach said.

However, in a separate interview, Balora said he does not care what the coach would do to him. “I came here (Tanzania) through Yanga invitation but when I arrived at the airport, there was nobody from Yanga to receive me hence I went to Arusha before joining Biashara United,” said the Burkina Faso origin goalie.