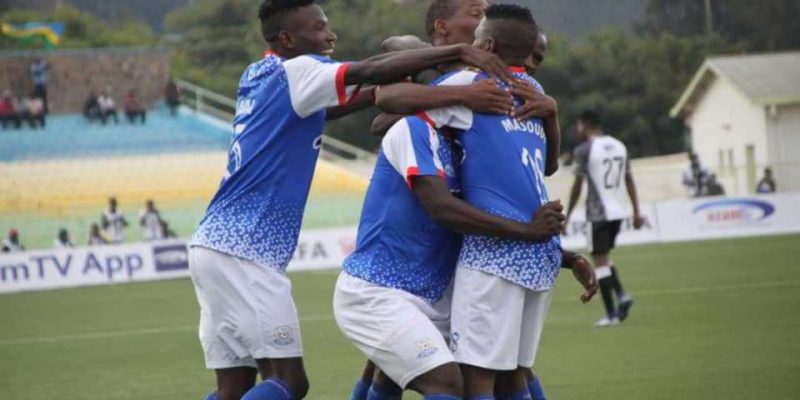 Kagame Cup defending champions Azam have kept on staying in pursuit of title defense, cruising to a hard fought 2-1 win over Democratic Republic of Congo (DRC)’s TP Mazembe in the last eight that took place at the Stade Kigali in Rwanda yesterday.

TP Mazembe began to attempt controlling the proceedings later on, as they won two corner kicks that were however foiled by Azam defenders. Mazembe continued to put pressure on Azam as defender Michel Mika pounced on a rebound and unleashed a shot that went inches over.

Ipamy put Mazembe 1-0 up on the 22nd minute, beating Azam keeper Razak Abalora with a header from within the area of a Zola Kiaku center.

Forward Iddi Selemani levelled matters for Azam on the 27th minute after he had connected home with a right footer from within the area, of a poor clearance by a Mazembe defender.  Abalora had to stand irm between his posts during the closing stages of the stanza to smother two efforts TP Mazembe made.

The opening stanza ended with the two teams netting a goal apiece. Azam went 2-1 up on the 69th minute, thanks to forward Obrey Chirwa’s header of Oscar Masai’s pinpoint center, which went past Bakula.

TP Mazembe survived a scare in the latter stages of the game, in which Bakula failed to properly clear Michel Mika’s back pass.

Mazembe defender had to quickly react to frustrate Azam forwards’ efforts to make the most of the mistake. Azam defenders were forced to opt for solid defending during the closing to keep their opponents at bay.

TP Mazembe were strong favorites for qualification for the last four, given they had plenty of quality and experienced players.

They also progressed to the last eight in a grand fashion, cruising to a resounding 6-1 win over South Sudan’s Atlabara in Group A of the competition.

TP Mazembe ended second in the group, which was led by Rayon Sport. Uganda’s KCCA FC was set to confront Rayon Sports of Rwanda in the second of the knockout stage’s match at the same venue.

Two last eight matches will take place today. Rwanda’s APR will lock horns with AS Maniema of DRC, whereas Green Eagles of Zambi