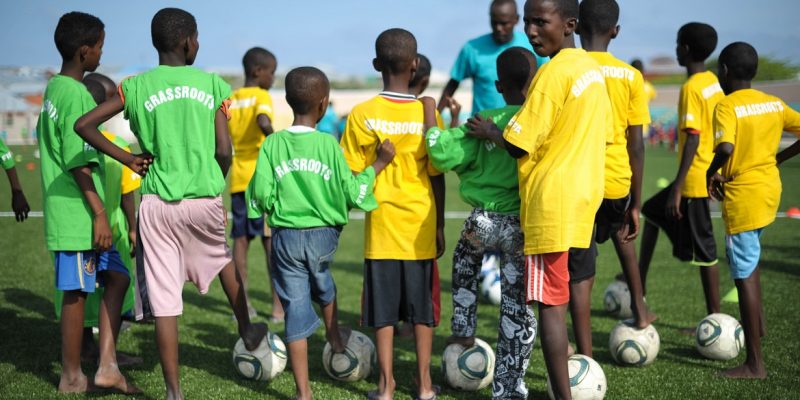 The ongoing Afcon tournaments in Egypt has not only provided entertainment to soccer fans in Africa and the world over, but has also provided massive lessons.

Especially to Tanzania which has almost made a profession out of losing regional and continental matches and then blaming it on others, including local and foreign coaches.

A major casualty in this year’s Afcon is arguably the Pharaohs from Egypt who lost to South Africa’s Bafana Bafana in a scintillating match that saw Africa’s soccer of the year and this year’s UEFA Champions League crowned gold medalist, Mo Salah, being reduced into nothing more than a novice before his own adoring fans, and that’s precisely what I would like to share today with my readers-cumsoccer fans.

But before I delve into the tournament’s most sensation match between Bafana Bafana and the Pharaohs, let me salute Taifa Stars’ Nigerian chief coach, Emmanuel Amunike for taking our team to the Afcon after 39 godamn years.

We may negatively say whatever we want about Emmanuel Amunike, which would not be surprising if past Taifa Stars’ participation in international soccer tournament is anything to go by.

But the bare fact would still remain and that’s, 50 years from today when people would be talking about the 2019 Afcon tournament hosted by Egypt and Taifa Stars’ qualification;The name of the Nigerian coach would come forth.

After Bafana Bafana provided the soccer, mad Egyptian fans with the disaster. I went through the list of the South African team and the clubs they come from and discovered that the majority of their players come from locally based clubs and this tells you one thing.

The strength of the South African leagues from premier league to those down from first division downwards. In a nutshell, if Tanzania wants to do well in regional and continental soccer tournaments, it must work on its leagues, starting with the premier league. And the only way of doing that is by ensuring that every strong premier league club establishes a strong, well organised soccer academy which is staffed by the best trained coaches for children.

As rightly noted by one member of parliament recently, it is not the job of the government to establish soccer academies. However, what the government can do is simply do what the first phase government of Mwalimu Julius Nyerere used to do, namely send students interested in becoming coaches abroad just as Mwalimu had done for people like Paul West Gwivaha, Syllersaid Mziray and so on and so forth.

On their return, such coaches could easily be employed by clubs like Young Africans, Simba and Azam for their soccer academies. In short, the focus should be in training our own local talents from tender age.Turning around our local talents from tender age would ultimately ensure strong local clubs which would in turn lead to a strong domestic league capable of producing the kind of players that South Africa has.

South Africa’s success against the Pharaohs has proved that you don’t need to have foreign based players in order to do well internationally. However, what you need is a very strong local league which is dominated by players who rose up from their respective soccer academies.

South Africa has hundreds of soccer academies which are run privately more or less like normal schools and those interested in their kids becoming professional soccer players can in fact send them to South Africa.

What is more, most of the top flight South African clubs like Mamelodi Sundowns, Super Sports United, Bidvest , Orlando Pirates, Kaiser Chiefs have soccer academies. And because of the numerous, high quality soccer academies which are affiliated to the South African Football Federation, SAFA.

The country has got to a point where it has also developed, just like England, the Netherlands, Germany, Spain and France, its own soccer system. In fact, that is precisely what the Mamelodi Sundown’s chief coach, Pitso Mosimane (the present Afcon commentator for Super Sport) was talking about when Bafana Bafana beat Egypt.

Indeed, if you have had the opportunity of watching South Africa’s former champions league kingpins, Mamelodi Sundown in action, you would discover that it is the same kind of football that is presently played by Bafana Bafana.

South Africa established their soccer academies as far back as 1980s and that explains why Bafana Bafana was able to win Afcon in January, 1996, two years after their democratization. It is important to bear in mind that four years before the country’s democratization, it had wallowed under the apartheid policy which had led to the country’s exclusion from regional, continental and global sports.

It was only after democratization and the removal of the apartheid policy, that South Africa was re-admitted into the sporting international community. But because it had highly developed sports infrastructure and human resource, in terms of coaches for almost all sports in the world, it was thus not surprising it would end up producing Olympic Games gold medalists in swimming.

Athletics apart from winning the Rugby World Cup in
1995. Afcon in 1996, Champions League through Orlando Pirates in 1996 and in 2017 Champions League through Mamelodi Sundowns. South Africa has done far, far better than Tanzania and in a very short time because it had heavily invested in sports infrastructure and human resource and that is the difference between talking and acting.

The Hehes from Iringa, the tribe the author comes from, have a saying which goes, MLOMO SI KITEGULO. This can be translated as YOU CANNOT CARRY
ANYTHING THROUGH THE WORD OF THE MOUTH.

The strength of the South African premier league can be seen through the national soccer team’s selection. For although Mamelodi Sundowns won the Champions League two years ago, in the Bafana Bafana’s present list in Egypt, I counted only five players and that was actually the biggest number from one  club.  The rest, and evenly distributed, came from other clubs.