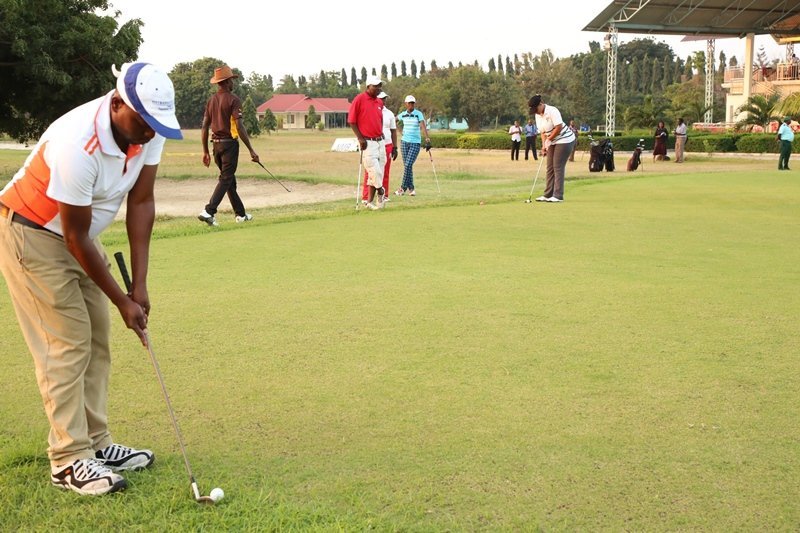 Wanyeche, one of the brightest young players at the moment won the title after posting unassailable 223 gross to beat his closest challenger, Nuru Mollel by two strokes.

Wanyeche began the first 18 holes with 75 strokes, before in the second 18 holes. He ended his onslaught with 76 strokes to seal 223 total strokes at the end of the 54th hole.

Nuru Mollel who finished second, started well the tournament with one over par 73 strokes, but he couldn’t maintain it in the second 18holes when he returned 77 strokes.

He ended the day with 75 strokes to claim overall runner-up title. Arusha’s Jimmy Mollel finished third with 226 strokes. It was a wonderful play for Mollel in the second and third 18 holes posting double 74 strokes while severely injured. Mollel who finished the tournament limping after stumbling

Also from Arusha was Elisante Lembris who carded 233 strokes to finish seventh above Hassan Kadio who returned 233 strokes. Other golfers who played in this year’s tournament were Frank Mwinuka who penned 242, Bryceson Nyenza 243, Salim Mwanyenza carded 244 strokes.

Wanyeche said is happy to win his first pro event. He turned pro Match this year representing the country at amateurs level four years ago. Last August was at a national team that finished second at the East African Region 4 tournament at DGC.