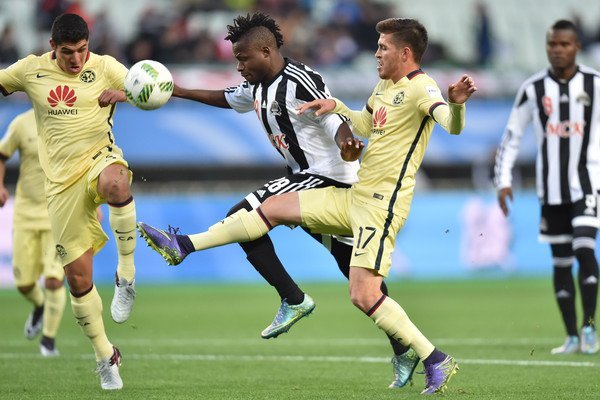 Before joining Al Hilal Omdurman, Thomas Ulimwengu has been playing for AFC Eskilstuna in Sweden. and Previously he was playing at Congolese club TP Mazembe.

Ulimwengu and Mbwana Samatta were among the key figures in the DR Congo TP Mazembe’s squad which won the CAF Champion League in 2015.

Thomas Ulimwengu forced his way out of Mazembe and he was allowed to join the Sweden club later in 2016. However, the powerful striker was hit by injury since he left the club and he had a spell in Europe.

However, for the past year, Thomas Ulimwengu has experienced a difficult spell out due to injuries and his new team, the sturdy striker will certainly be eager to regain his top form.

Ulimwengu parted ways with AFC Eskilstuna of Sweden due to a long-term injury. And early March this year, Thomas Ulimwengu was confirmed to have joined FK Sloboda Tuzla, a top-flight side in Bosnia and Herzegovina. His manager, Jamal Kasongo, said the player had already started light training with the team.

“Tanzania fans are becoming anxious to know the whereabouts of Thomas Ulimwengu and where he is going to play for the next season. He has already joined FK Sloboda Tuzla.

Kasongo said, “We will talk more about Thomas Ulimwengu once he finalizes the deal with the club.” However, since then his whereabouts remained unknown until on Thursday when Al Hilal Omdurman announced to have signed the striker.

Apart from Thomas Ulimwengu, the South Premier Leagueclub has also secured the signature of two other foreign players. Nigerian centre back, Sergio Uyi as well as strikers Haruna Garba also put pen to paper on Thursday well on time for the deadline in Sudan.