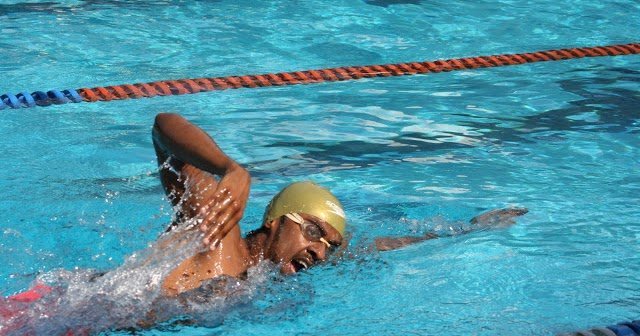 Tanzania Swimmer’s National Team are set to travel to South Korea on Tuesday to battle it out in the World Championship.

Four swimmers will make the trip. They include Hilal Hemed Hilal and Collins Saliboko that will take part in the championship’s men’s category, Sylvia Caloiaro and Shivan Bhatt that will participate in women’s category.

The quartet had earlier attended training in Dar es Salaam under the tutelage of Alex Mwaipasi and Michael Livingstone. The swimmers have showcased determination to perform well in the World Championship after landing financial boost from the Motisun Group Company.

The firm handed over USD 2,000 to the swimmers so they can meet participation expenses.

Sayona Drinks Limited’s General Manager, Nitin Menon, presented the cash to Tanzania Swimming Association (TSA) secretary general, Inviolata Itatiro, and appealed to the swimmers to give their all and make the country proud.

Menon noted the swimmers should understand the country expects to see them showcase impressive showing and get good results in the forthcoming event, although the competition promises to be competitive.

He pointed out that Motisun Group feels proud to be part of sports stakeholders that are actively backing sports promotion domestically and promised they will keep on lending support to sportsmen and women.

“I ask you to put good showing and continue to motivate your fellow sportsmen and women. We will cooperate with you in developing sports in the country,” Menon added.

He disclosed his firm also supported the senior national football team’s preparations for this year’s Africa Cup of Nations tournament, which is taking place in Egypt.

Motisun Group moreover supported the hosting of the AFCON U-17 tournament, which took place in Dar es Salaam. Inviolata congratulated Motisun Group and asked other firms to emulate the company’s gesture.

“We feel proud that Motisun Group have opened the way. We still need support from sports stakeholders so we can transport our swimmers to South Korea,” Inviolata noted.