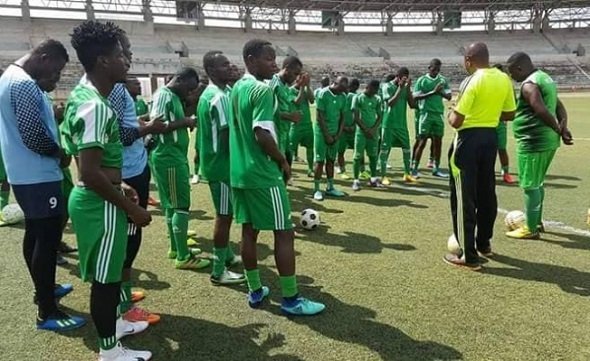 Tanzania Prisons Head Coach, Mohamed ‘Rishard’ Adolf, has commended his players for the good performance, which enabled them to outclass hosts Kagera Sugar 2-0 in a hotly contested Premier League match at Kaitaba Stadium on Friday.

Until half time Prisons were leading 1-0 after centre-half Jummanne Alfadhil converted a spot kick in the 37th minute.

“My boys played with determination and discipline according to instructions. The match was tough and collecting three away points was not easy,” he remarked after the match.

According to him, plans ahead are to ensure that they win most matches in the second round to avoid relegation.

Striker Benjamin Asukile scored the second goal in the dying minutes after he utilized a well-calculated pass from Salum Kimenya.

Kagera Sugar Head Coach, Mecky Maxime, on the other hand, conceded that his boys played below form wasting most open chances.

“It was not our day. My players wasted at least three open chances in the second half. I congratulate Tanzania Prisons for the deserved win,” he said.