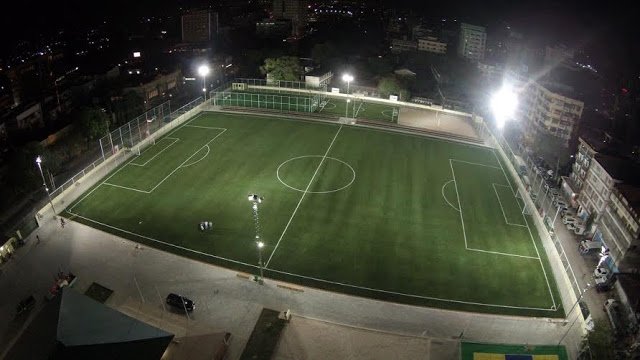 I have decided to do that because I’m strongly convinced that if we want to succeed in football in this country called Tanzania.

The three clubs need to take the lead in soccer development and more importantly, growth. I’m addressing the three clubs in the establishment and running of soccer academies inside their clubs because firstly, they have the biggest following in the country.

And secondly, unlike other local clubs both in the premier league and outside, the three clubs have the requisite money for investing in the establishment of such important institutions for the development of the game.

As I have had occasion to note in the past, there is no club in Tanzania’s soccer history that had succeeded in producing young players under ‘soccer academy atmosphere’ than Young Africans. Indeed, for some of us who were around in the 1970s, we remember how Young Africans, after their successful tour of Romania, in 1969, decided in 1970 to recruit a Romanian coach, Professor Victor Stanculescus. Professor Victor had already seen the Young Africans squad in Romania when they visited his country for a month-long training tour in preparation of the continent’s Champions League, which was then known as the All Africa Clubs Championship.

The team he was told to train had not only started to go past their peak they had also reached a stage they could not respond, anymore, to modern training, hence his decision to explain to the Young Africans leadership the need to invest in the youth.

But the Young Africans leadership which was during the time under Kondo Kipwata, put their foot down and instructed Professor Victor to concentrate on the senior team.

Victor did as he had been instructed and turned his soccer academy into what could rightly be described as a sideline thing he would deal with before starting working on the senior team at 4 pm.

This was the time when all the big clubs in Dar es Salaam that had included at the time Simba, Young Africans and Cosmopolitan had their respective training grounds within the Jangwani grounds.

For historical purposes, Cosmopolitan which was briefly referred to as Cosmos was the first local soccer club to represent Tanzania in the continental soccer club championship in 1968.

Young Africans senior players which the Kondo Kipwata leadership had wanted Professor Victor to concentrate on had included, among others, Kitwana Manara, Sunday Manara, Kitenge, Hassan Gobbos, Awadh Gerson, Michael Elias, Maulid Dilunga, Juma Bomba, Omar Kapera and others. Professor Victor’s working schedule usually started at the Jangwani playing fields at 1 pm and continued up to 4 pm where his second session with the senior team would start in earnest.

During his first three weeks, after his arrival from Romania, Professor Victor selected 70 boys whose age ranged from seven to 13 and his basis of selecting the players was based on how a boy could keep the ball on air, through ball control.

After two years, Professor Victor had turned around a 30man outfit which could pass the ball, effortlessly and flawlessly, for over ten minutes.

Once in a while, Professor Victor would pair what came to be referred to as Yanga Kids against the senior team and the boys were simply a marvel to want as they literally ran circles around the senior players. And, this is what the Romanian coach had meant when he told his employers that it was time they turned to the youth if they wanted to reach far in the continental clubs soccer tournament.

But because of differences in approach to the modern game, Professor Victor finally decided to leave for countries whose soccer leadership were ready to change their attitude and embrace modern ways of developing the game.

But why has both Young Africans and Simba leadership refused to embrace modern ways of developing the game? When I was working on this piece, I decided to call a friend of mine, Salim Zaggar, who was once the Secretary-General of Pan African which was a breakaway from Young Africans following the 1975/76 leadership crisis and he had this to say: “Both clubs have refused to get out of their old ways of running game because to them, the most important thing is to win against their arch soccer rivals in their respective derbies.

They are so much fixed in beating their arch-rivals that any other team or tournament is secondary.” Zaggar said this was, however, not confined to Simba and Young Africans.

The same problem had faced clubs like Manchester United and Manchester City in England until they later changed and embraced modern ways of developing the game.

When Professor Victor introduced Yanga Kids, soccer academies in the world were only prevalent in the Eastern European Block under the Soviet Union which included countries like East German, Bulgaria, Romania, Hungary, and Yugoslavia.

Had Young Africans and Simba turned into soccer academy as their main mode of preparing their players, Tanzania could have long been a soccer power house in the region.

Once again I would like to appeal to Young Africans, Simba and Azam to take soccer academy very seriously if they really want to do well in continental clubs soccer tournaments.

The three soccer clubs need to know that foreign players, no matter how many are allowed to be registered, would not help them because they will always get the second or third best after the best players have been registered by top-flight European clubs.

But if they get into soccer academy, they will not only get the best players for their clubs, but they would also be in a position to do business with top-flight European clubs through the sale of their players.