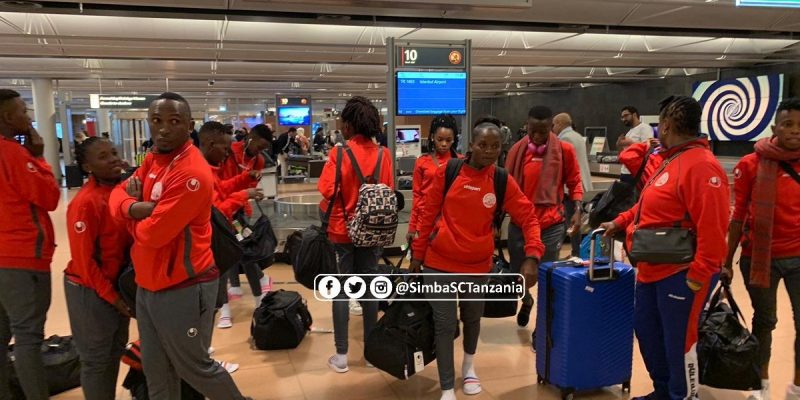 Mainland Premier League defending champions, Simba SC, have landed in South Africa for a two-week camp to prepare for the coming season.

Information released by the club through its social media account said the defending champions have landed safely and will today will start preparations.

One of Simba SC senior officials Zacharia Hanspope on Sunday said the team will give their all in their desire to defend the Mainland Premier League silverware and excel in Federation Cup.

The side also targets to perform well in the forthcoming CAF Champions League and other tournaments.

He issued the statement at a seminar organized by the club for its players and technical department to equip them on the club’s mission for the 2019/2020 season.

The seminar’s attendants were as well informed of the club’s tradition, norms, history and other related important things.

“Our aim is to do well in all competitions we will be involved in, we want to defend the Mainland Premier League, reach the finals of CAF Champions League, win Federation Cup and other tournaments, we are doing all we can to see to it that we realize our ambitions,” he said.

The squad’s head coach Patrick Aussems noted at the seminar the South Africa camp will help him assess the newly signed players so they will have more time to gel.

“The camp in South Africa is important as it will help the new players have more time to gel with their team mates and it will also be a good time for me and my technical panel to come up with new combinations, but all in all I believe the team is good, it will only need few polishing,” he said.

Simba who are one of Tanzania’s clubs set to battle it out in the continental showpiece, have bolstered the squad with the signing of Ibrahim Ajibu, Gadiel Michael, Beno Kakolanya, Francis Kahata, Tairone Santos Da Silva, Gerson Vieira, Henrique Da Silva, Deo Kanda, Shiboub Eldin and others.

The Dar es Salaam side are no strangers to camping in foreign lands as they last year camped in Turkey. Upon return from South Africa they will participate in Simba Day, play a friendly match with a team to be announced later.