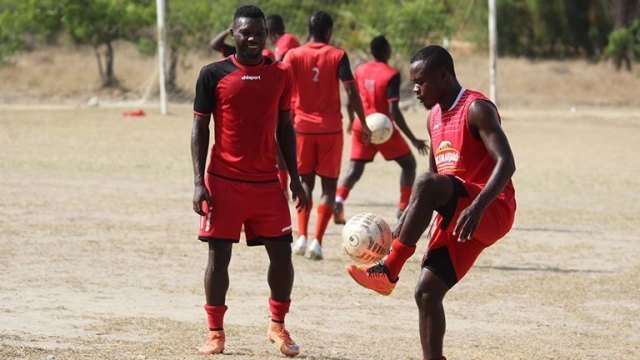 Simba Chief Executive Officer, Crescentius Magori, said all is set for the South Africa camp and the team will return home a few days before the Simba Day. Magori, who declined to disclose whether his side will play any friendly games in South Africa, said the camp will help the domestic soccer big guns’ coaches prepare their players for the coming games and assess new players and players, whose stay at the club, has been extended.

Simba who last season reached quarterfinals of the CAF Champions League seems to be on course for a good season as they have signed many good and experienced players including Francis Kahata, Gadiel Michael, Shiboub Eldin, Gerson Vieira and others.

Simba, through the outfit’s Head of Information and Communication, Haji S. Manara, said their main mission this season is to defend the Mainland Premier League.

They also are keen on winning the Federation Cup, SportPesa Cup, Mapinduzi Cup and reach at least the semi-finals of the 2019/2020 CAF Champions League.

He said the team is aware of the challenges it will face in its bit to achieve the set goals but they are determined to realize them.

“Our aim is to win all domestic tournaments and also reach semifinals of CAF Champions League, I’m sure this will be realized,” the official noted. “We have signed the players who are very experienced and also retained majority of those who helped the team excel last season.”

Currently almost all of the players have reported in Dar es Salaam and they were yesterday attending a seminar whereby they were drilled on many things concerning the club and its aims for the 2019/2020 season.

Simba SC are no strangers to camping in foreign lands as they last year camped in Turkey.