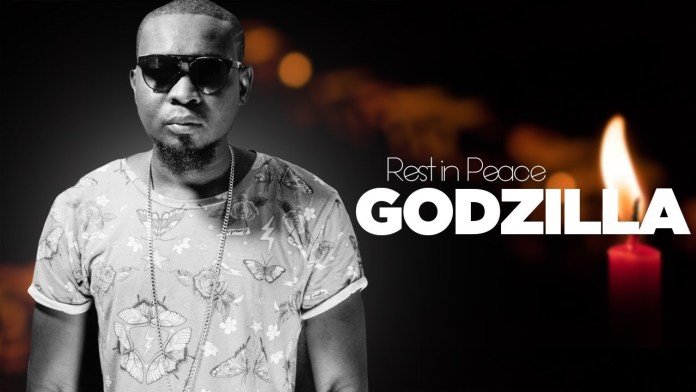 According to her Sister Joyce Mbunda, Godzilla was so sick, his stomach was burning and feels like he wanna throw up.

After he was rushed to the hospital, Godzilla was diagnosed with low blood pressure and diabetes before he died.

“It true that he died the source of death is due to recent illness, low blood pressure and diabetes and his funeral will take place in Salasala,” said his sister.

During his music career, Godzilla aka King Zilla got widely known by his rap music and the way that he can freestyle. He goes harder with the beats with his unique flow.

His most popular song is Lakuchumpa, that he featured a famous comedian in Tanzania , the song made him more popular and increased his fan base. Other hits by Godzilla are ‘Nataka’ and ‘King Zilla’.

The late was born on January 5, in Morogoro region. His first debug track that introduced him in the music industry was ‘Salasala’, Salasala is where he grew up.

May God rest his soul in peace.