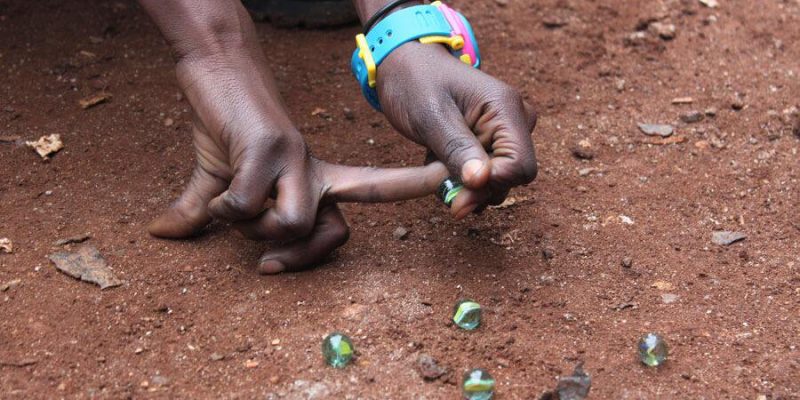 There are times when you find scenarios which remind you when you were young and playing with friends near your home, at school during recess or elsewhere.

This happened to me as I recently took a walk in the alleys of the other part of Zanzibar town, known as Ng’ambo, when the sun was winding up its routine daily journey from the east to the west.

I saw kids playing marbles and this brought back to me memories when I played the game near our home where some of my childhood records are stored.

As I watched them I recalled tricks of some of my playing mates, who have already said farewell to this world in which all of us are transit passengers. It is unfortunate that nowadays you can walk around different parts of Zanzibar town for weeks and you won’t find children playing marbles.

Its popularity has dwindled since computer games and mobile phones appeared on the market.

In fact, many children of the present generation don’t know even one of the more than a dozen games of these minerals. In the past, many shops in Zanzibar sold marbles, but nowadays they are not easily available and when one imports them from China, India or Dubai it can take a year to sell them.

The players are not there. In the mid-1950s many children in Zanzibar town were caught up in a marble craze wave that swept over the narrow streets of the old Stone Town.

Some students also used to play the game at recess. Boys would shout and joke as they competed for victory in this game which helped them to learn to work together and tolerate each other as alliances or opponents.

I came to realize later when I grew up that the marble game also helps a child to develop geometry skills when looking for the right position to hit the gr mineral.

One who was defeated also developed negotiation skills when pleading for a small or interest-free loan of marbles from the one who defeated him so as to start the second round of the game.

Nowadays when one asks for a ‘loan’ interest is usually involved in the negotiations. Sometimes it was normal for the you ask for a credit of a few marbles to tell you; “I give you six marbles to enable you to continue playing, but you have to pay back by lending me your bicycle for a half an hour ride’’.

However, at times fighting broke out after one of the players refused to accept defeat with a smile or decided to take all the marbles in the circle at the start of another game and run away with them.

His colleagues chased him so as to get back the marbles if he has not thrown away while he was on the run. It was very funny. In order to enjoy the game, the playground should be flat and hard and with no loose soil so as to get effective movement of the player and the marble.

The most popular game we used to play is called Chura (a frog), but I don’t know why its name is peculiar. Each player puts one or more marbles in a circle and they are kept one centimete or slightly more apart. Later each player stands near the circle and throws another marble as far as possible towards a line drawn a distance away. But the marble should not cross the line.

The player whose round mineral is very close to the line gets the first chance to hit one, two or more marbles out of the circle. He is followed by the one whose marble was second just behind him and so on. The distances between where the marbles are to the line can be between five to 10 metres.

Another game is called Kishimo (A pit). Players dig a hole and move a few meters away to at an agreed point and throw their marbles to get into the pitch or nearby.

While if he fails to hit them out of the circle another player tries his luck of hitting the marbles one by one while squatting.

A player can only hit the marbles with his hand when the distance from where the mineral is and the circle is not less than two stretches of the hand. The player with many points is the winner.

Most of the children use the middle finger to play because it has more power than the other four. Another game called Anguti in which players throw their marbles to any distance from a pit.

One who threw his mineral first gets the first chance to hit any marble of the opponents, either softly so as to be able to hit it as many times as possible or with power and then choose another mineral. Each successful hit counts as a month one who reaches 12 to take him to December is the winner.

This game helps children to know the months. Then there is a game called in which the marbles are placed in a circle and from a distance a player has to close one eye and hit them. He takes away the marble’s he has hit. Some players cheat by not fully closing an eye, my experience shows this does not give the player an advantage.

Players usually throw a coin to decide who shoots first and continue doing so one by one until all the marbles in the circle are won.

I think the elders in Zanzibar and elsewhere in Tanzania should refresh their childhood memories and teach the young ones the beautiful marble games to give children the neighborhood fun they used to enjoy.