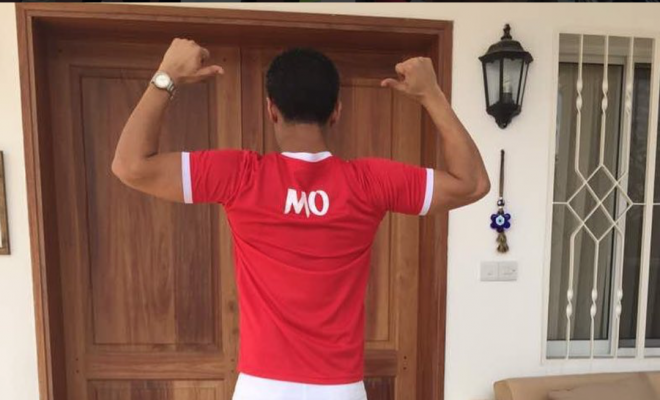 As you read this column today you already know whether or not Simba were once again trounced or revenged against their Egyptian counterparts, Al Ahly, in the match that was played at the National Stadium in Dar es Salaam yesterday.

Before the match yesterday, for over two weeks, they have had to carry both in their heads and hearts the ignominy of accepting a five goals drubbing against Egypt’s giants when they were trounced by five goals to nil in Egypt’s ‘foreign soccer clubs abattoir’ Alexandria.

Reports that did the rounds in the country’s leading commercial city which is also referred to as the Haven of Peace had it that Simba went into the match with their fans divided down the middle over their club’s ability to win against the Egyptian giants.

Part of the fans strongly believed that their club did not have what it takes for them to floor the Egyptian giants while the other half believed that Simba would revenge and pocket their three much needed points.

However, whatever happened yesterday, personally I was elated by Mohamed Dewji Mo’s statement a few days before the clash yesterday when he said the club would soon introduce its soccer academy.

I’m elated by Mo D statement on the establishment of a soccer academy because that is what I have repeatedly called for in my sports columns.

Indeed, no club under the sun can win top-flight continental soccer tournaments in this age of modern and scientifically run soccer through players developed in the streets.

In fact, barely two weeks ago, I appealed to three of the country’s top clubs, Young Africans, Simba and Azam FC to establish soccer academy if they wanted to change the fortune of their game.

The Tanzania Football Federation presently allows a local club to buy ten foreign players, if it has the money, but the fact of the matter is that we don’t have a club in this country which can buy the best ten foreign players even from Africa.

Yes, I repeat, we don’t have such a club because the best African soccer players would always be snatched by the top European clubs and Tanzanian clubs would end up with crumbs which include former internationals. And, if you look around foreign players in Simba, Young Africans Azam FC you will discover that all the three clubs hardly have five players playing in the top African national soccer team.

In fact, the less than five soccer players who turn up for the first eleven of their respective national soccer teams come from countries that are at the top of the game in the continent.

Just on Sunday I was watching a recorded match between Napoli and Fiorentina and there was this Senegalese tall, well built, left-fullback, Coulibaly, presently considered one of the best in the position in the world today.

Now that is the kind of player one of our three clubs should have, but the million dollar question is do they have the kind of money to buy a player in Coulibaly’s class? The fact of the matter is that they don’t have money and that is why the can only be bought by Napoli, Manchester United, PSG, Liverpool, Barcelona, Real Madrid other European soccer giants.

However, the only way of getting the best players in one’s club is for such a club to establish a scientifically well run soccer academy which can feed players not only for the club but also for others at home and abroad.

In fact, that is what West and North African businessmen have discovered as a big business, combined private schools with soccer academies and selling players abroad.

Soccer academies can also be established by our local private schools and they don’t need to take part in any league. But players developed through such schools could later be sold to clubs taking part in the premier league.

The beauty of clubs like Simba, Young Africans and Azam FC establishing soccer academies is that they would be able to make good use of their budget for other more important projects rather than buying players from outside the country.

If you look at the foreign players in Simba, Young Africans Azam FC most of them if not all are not very much different, in terms of their performance, from our local players. In fact, in my opinion, the only players that are putting on the foreign player’s tag are two, namely, Uganda’s Emmanuel Okwi and Rwanda’s Kagere.

The rest of the foreign players are neither here nor there. One hopes that Young Africans which was actually the first club in sub-Sahara Africa to show the importance of soccer academy will sooner than later follow suit.

If the foregoing three clubs succeed in establishing soccer academies, it would not take long before they dictate soccer in the continent.