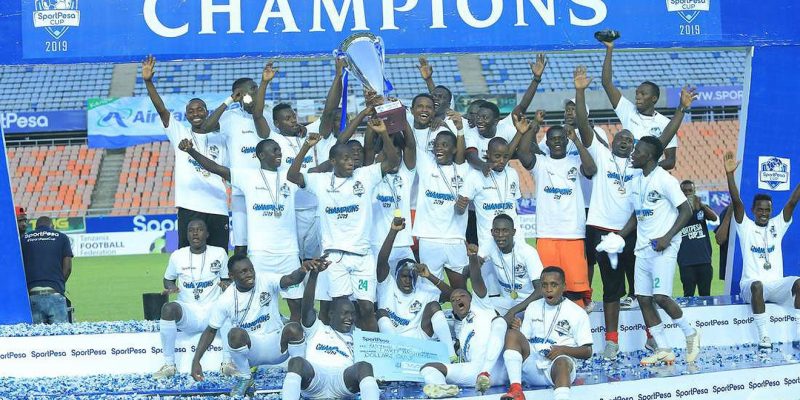 The SportPesa soccer tournament which had brought together Kenyan and Tanzanian top-flight soccer clubs is finally over but the tournament has left massive lessons, especially for Tanzanian soccer teams which have failed for the third year running to win the sponsor’s crown.

Indeed, during all the past two occasions, the SportPesa crown has been won by Kenya’s Gor Mahia; and in their first win, they played against English premier league club, Everton in Dar es Salaam and went down 1-2 to the Englishmen.

In their second victory, they traveled to England and played against Everton and once again they went down, this time by four goals to nil. This time around Gor Mahia was eliminated from the tournament, through spot-kicks after a one-all draw by Tanzania’s premier league giant killers, Mbao FC from the Lake Victoria city of Mwanza.

Mbao FC would, however, later be treated to the same medicine they had earlier handed Kenya’s champions, Gor Mahia when they were also eliminated in the semifinal by Kenya’s Kariobangi Sharks, who had in the preliminary eliminated former premier league champions, Young Africans.

But if Mbao FC had lived to its giant-killing fame, Kenya’s little-known premier league soccer club, Bandari would do the same thing to Tanzania league champions and the sole survivor in the continental soccer clubs tournament, Simba Sports Club.

Given the lofty height enjoyed by Simba in the region by virtue of being the only club still in the continent’s premier soccer tournament, the Champions League, one would have expected the team to have performed better, but that was not to be.

In fact, from the start of the tournament, Simba had struggled, and it was quite clear, going by their performances against Bandari and later Mbao FC, during a playoff for the third slot, Simba lacked speed, strength stamina not to talk of suppleness.

Starting with Simba, the lessons learnt from the tournament is that much as they may be having better players than most teams in the local league, but all the players with the exception of Uganda’s Emmanuel Okwi and Rwanda’s Meddie Kagere, are not well prepared for the on-going group stage matches of the Champions League and their technical bench would have to work extremely hard.

Since the start of matches in the group stages of the Champions League, Simba won one match against Algeria’s JS Saoura whom they trounced by three goals to nil and went down, heavily, against AS when they were handed in a drubbing.

Although Simba’s spokesman, Haji Manara told the media before the start of the group stages matches that his club was committed to winning all their home matches against AS Vita and Egypt’s Al Ahly, but with the kind of performance they displayed in the just ended SportPesa soccer tournament, it’s unlikely they would be able to fulfill their vow.

The point is, Simba have no option but to work extremely hard on their players. The club’s technical bench need to ensure that individually and collectively, the players are well packed in speed, strength, suppleness stamina.

Unless Simba players are well packed in speed, strength, suppleness stamina, they are unlikely to get the remaining six points from their home ground matches.

Mbao FC, on the other hand, played well in the tournament but their head coach, Ally Bushiri, now need to work on the forward line which was very much wanting. In fact, had they had a well-drilled forward line, they could have easily beaten Simba in their play-off for the third spot.

I was personally more impressed by the club’s passing game which was more refined than that displayed by Simba.

As for Young Africans and Singida United, a lot still remains to be desired. Both sides have a herculean task of building the two clubs into a strong winning outfit. For Young Africans, the SportPesa tournament showed them that winning premier league matches did not place them in a strong position to win regional matches.

That the final would later pit all Kenyan teams meant that our premier league is not strong and the Tanzania Football Federation needs to critically review our league, starting of course, with our referees.

If our referees officiate fairly, clubs like Mbao which performed better at the biggest stage should be at the top of the league. Indeed, it’s an open secret that our referees prop up the big guns like Young Africans, Simba, and Azam FC and that is extremely sad for the development and growth of the game.