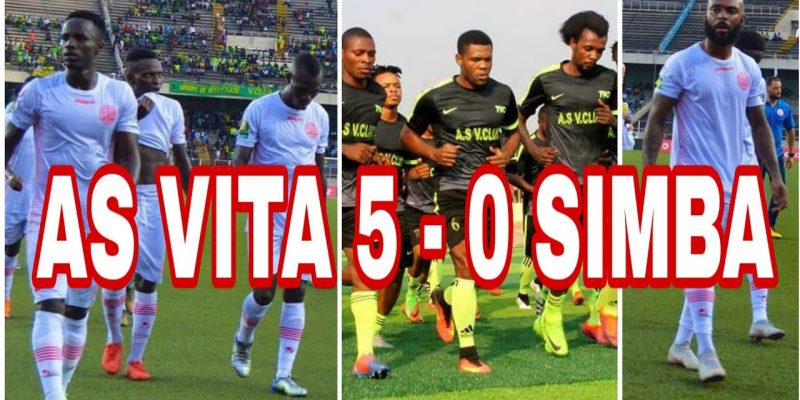 When Simba humiliated 5-0 by AS Vita of the Democratic Republic of Congo, I followed closely discussions in different online of the social media.

There were those who were shocked with the results and described it as unbelievable, while others asked what stops Tanzania at both club and national levels to be in the list of African superpowers in football.

Frankly speaking, the result has neither shocked nor surprised me. This is because we have yet to take sports, including football, seriously as other countries do.

All that we want is to succeed, but are not taking steps that would pave the way to achieve that long cherished dream.

We spend so much time and energy on our local rivalry, especially between two of our oldest clubs, Young Africans and Simba, and fail to prepare for our commitments at the international level.

Failure in anything isn’t that so bad because it usually paves the way for success. It teaches us how to be people who can carry the weight of sorrow on our shoulders and look for ways to reduce it and be happy.

But let as ask ourselves … Do we learn from our mistakes? You can say yeah, but I say no. Whenever we make a small step forward, we look at it as a giant stride for our clubs and the nation. For example, only a fortnight before travelling to the DRC for another group D match opener of the continental competition, Simba pulled an impressive 3-0 victory over JS Saoura of Algeria in Dar es Salaam.

From then, we were engaged in celebrations as if our mission was accomplished, instead of preparing well for the next assignments.

We praised the players as if they have done wonders which could easily be repeated when we meet other teams in the group.

That was a big mistake. As I had previously pointed out we expect the country to transform into a top class football nation without proper investment in training.

We concentrate on getting big gate collection and not improving the standard of our performance or the stadiums, especially those which look like training grounds for a guerrilla warfare.

For too long we have admired the performance of some poor and tiny African nations, but fail to study and apply the plans and tactics they used so as to reach that stage.

Another area which is worth serious scrutiny is that Tanzania’s sporting culture is too rigid and formal for it to become a true football power.

There is a strong belief that among some experts that some major investments in foreign players help the clubs and the country to become a superpower in soccer.

I think this is a mistake which must be rectified as quickly as possible. The tendency of sending us wild in celebrations once winning one or two matches and forgetting that it was the start of journey must be reversed.

If tiny, economically poor and sometimes with unstable political climate can draw a lesson from their previous performances and have taken steps to be better than Tanzania, why can’t we do the same? This is not the right time for us to point an accusing finger at each other or to enjoy seeing your local rival in football is badly beaten.

We must take the humiliation of any club in an international tournament as a disgrace to our nation.

We can differ and decide to stay apart in our local competitions and not when a side carries the national flag at home or abroad. Each one of us must be a Tanzanian first and identified as a member or supporter of a particular club later.