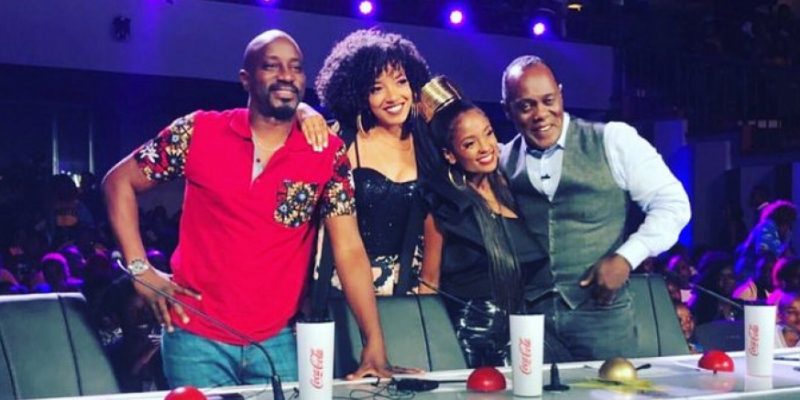 Judges for the inaugural East Africa Got Talent show were announced at the CocaCola Office in Nairobi last weekend.

The diverse line-up of judges comprises of Jeff Koinange, a renowned media personality in Kenya who has worked for various news agencies across the world. Others are; Gaetano Kagwa, Vanessa Mdee and Makeda Mahadeo.

Kagwa is Ugandan actor and broadcaster who is well versed with the media scene in the region.

He has worked as a presenter at Capital FM, hosted Tusker Project Fame and was a contender for Big Brother Africa.

Vanessa is a Tanzanian singer and songwriter credited as the first ever Tanzanian MTV Video Jockey, host of the Epic Bongo Star Search and also participated in the Coke Studio Africa 2019 television show amongst other African music stars.

Makeda is a Rwandan media personality, Disco Jockey and emcee, who is credited as the first female Disco Jockey in Rwanda.

The judges will be critical in approving the contestants that get to proceed for the next stage at the end of every act and give either feedback or criticism on the acts.

Contestants will be eliminated if they do not get the majority vote from the four judges.

The show, which will be localized to suit the East Africa market, is set to be broadcasted across four countries in East Africa, namely Kenya, Tanzania, Uganda and Rwanda.

The media partners include Citizen TV, Clouds TV, NBS and RTV respectively. The Coca-Cola Company was also officially unveiled as the official refreshment partner for the show across all four participating regions.

“The Coca-Cola System believes in supporting the creative sector in the country and providing a platform where people can showcase and develop their talents across the region. We believe that the judges chosen have the capability of selecting the best acts for our East African audiences to appreciate and enjoy the show,” Beatrice Nyamari, Senior Integrated Marketing Communications Manager, Coca-Cola Southern and Eastern Africa Business Unit (SEABU), noted.

They join Safaricom PLC who are the title sponsors of the Kenyan version of the show and one of the lead sponsors in East Africa through their M-PESA brand and the Access Challenge, who lead the One by One Campaign, in direct support of universal healthcare and Kenya’s UHC program, Afya Care.

“The East Africa Got Talent show is all about giving a chance to East Africans to showcase their talent and as a brand that believes in providing platforms for people to thrive, we are very excited to be part of the show,”SitoyoLopokoiyit, Safaricom’s

Chief Financial Services Officer, disclosed. The talent show will showcase a variety of talents from people of all ages in East Africa, with acts ranging from singing, dancing, comedy, magic, juggling, stunts and a variety of other genres.

“We are excited to bring the Got Talent Global Format home. We believe this platform will command a global audience for our amazing East African Talents,”

The four judges will each have their own red buzzer that can only be pressed once the judge has seen enough, and when all four buzzers have been pressed by the judges, the act must stop.

Each contestant needs to receive three approvals from the judges to go through to the next round.

The show, due to start airing in August this year, will have 10 episodes, with the semi-finals and grand finale shot live on location in Kenya.

The winner of the show will walk away with Kenya shillings 5m/- (USD 50,000) as voted by the audience, which could go a long way in either developing the talents or towards an entrepreneurial venture.

The auditions will be edited into six episodes which will start broadcasting on August 4 at 8 pm (7 pm in Rwanda) across the four regions.