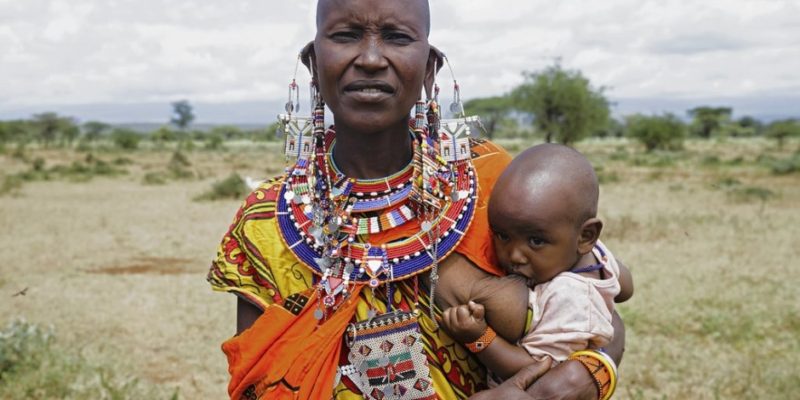 Child rearing is a simple task that is managed by all sorts of parents -the rich and the poor. Even beggars and other socially disadvantaged citizens raise children. But there are internationally accepted standards that should be followed if child rearing is to be rated as acceptable.

Exclusive Breastfeeding helps protect babies from common illnesses and ensures good physical and mental growth and development. A child who is
given only breast-milk for about the first six months usually grows very well during this time. Unfortunately, not many parents know this.

Infants who are not breastfed may not learn as easily as breastfed ones. Parents can determine the health status of through a number of clinical procedures.

Weighing is one of them. Weighing is a key aspect that helps gauge a child’s health

Regular weight gain is the most important sign that a child is growing and developing well. If a child does not gain weight for two months, he may need larger servings or more nutritious food or may be sick.

Parents need to act quickly to discover the cause of the problem. A child should be weighed during every visit to a health .

According to pediatricians, each young child should have a growth chart.

The child’s weight should be marked with a dot on the growth chart each time he is weighed, and the dots should be connected after each weighing.

This will produce a line that shows how well the child is growing. If the line goes up, the child is doing well. A line that stays flat or goes down indicates cause for concern. In the early months, exclusive breastfeeding protects against diarrhea and other infections.

By about six months, a child needs other types of foods and drinks.

Breastfeeding should continue into the second year. If an infant less than six months of age is not gaining weight, he may need to breast-feed more frequently.

I must emphasize here that a breastfed infant under six months of age needs no other fluids–not even water.

A infant who is not gaining weight may be ill, or may not be getting enough breast-milk.

A health worker can check the infant’s health and counsel the mother on how to increase the infant’s intake of breast-milk. Starting at about six months of age, infants need other foods, called complementary foods, in addition to its mother’s breast-milk.

The child’s diet should include peeled, cooked and mashed vegetables, grains, pulses, some oil, as well as fish, eggs, chicken, meat or dairy products to provide vitamins and minerals. The greater the variety of foods the better.

Babies aged between six and 12 months should be frequently and before being given other foods. After six months of age, the risk of infection increases as the child begins to eat other foods and starts to crawl.

Both the child’s hands and his food should be kept clean. Children aged 12 to 24 months should continue to breastfeed after meals and whenever they wish.

Some Maasai mothers breast-feed for up to five years. This practice goes a bit far. But it is not condemnable

A child food must be kept impeccably clean. If a child eats bad food from time to time he will often be ill. Food that is eaten raw must be washed or boiled slightly. Cooked food must be eaten without delay. Leftovers of food should be reheated thoroughly.

If water is drawn from ponds, streams, springs, or tanks, it can be made much safer by boiling. Even the River Ruvu water consumed in Dar es Salaam and the borehole water consumed in needs boiling. Some people think purified and chlorinated water is absolutely safe.

It is not. All , including those of the child, should be discarded in a latrine or toilet or even buried. If this is not done the child may frequently get worms and other problems. A health worker must deworm a child immediately.

Poor nutrition in the first two years can slow a child’s physical and mental development for the rest of his life. In order to grow and stay healthy, young children need a variety of nutritious foods.

Children’s energy and bodybuilding needs are great. So it is important that children eat frequently to provide for all their needs. Foods such as mashed vegetables, a little chopped or minced meat, eggs or fish should be added to the child’s food as often as possible. A small amount of vitamin enriched oil may be added.

If meals are served in a common dish, younger children may not get enough food. Young children should have their own plate of food to ensure they can eat to their fill and so that the parent can see how much they have eaten.

Young children may need encouragement to eat and may need help in handling food or utensils. A child with a disability may need extra help when eating or drinking. Children aged six months or older need to get vitamin A from other foods or supplements.

Vitamin A can be found in liver, eggs, dairy products, fatty fish liver oil, ripe mangoes and papaws, yellow sweet potatoes, dark green leafy vegetables carrots. Children who do not have access to these foods are at risk of night blindness.

If a child has difficulty seeing in the early evening and at night, more vitamin A is probably needed. The child should be taken to a health worker for a vitamin A capsule. Pediatricians say that diarrhea and measles deplete vitamin A from the child’s body.