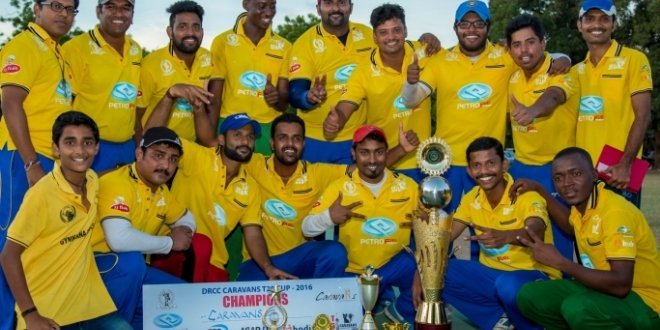 The annual event that involve 20 teams from around the city saw Caravans beating Tanzania Women’s Senior team in the opening match before recorded another win over Raha Union.

DGC who has organised the tournament under the auspices of the Tanzania Cricket Association (TCA) for the first time they decided to invite TCA Women’s team to compete with male cricketers, according to club’s cricket captain, Ashish Nagewadia.

Caravans gave TCA Women bitter welcome after beat them by 9 wickets. TCA Women’s bat first to post 63 runs with 4 wickets loss in allotted l 20 overs, but Caravans beat the score after posting 64 runs with just a wicket loss in 9.3 overs to claim the victory.

Other Group C match Caravan beat Raha Union by 5 runs as they bat first and hit 110 runs, losing 8 wickets and all 20 overs, but Raha Union managed only 105 for five wickets in all 20
overs.

Other weekend match saw Lions defeat Lohana by 7 wickets as their opponents bat first to post 76 runs all out after 19 overs. The winners hit 80 runs in a return with a loss of three wickets in 13 overs.

Nagewadia said the tournament has so far started well as are expected and will be played every weekend at the same ground. The participating teams and their groups are: Group A consist of Surat Stars, Jaat Blasters, Tarangini, Punjabi Kings and Vanza, group B has MCC, Ismaili, Patel Samaj, Jain Singh and SKLPSC B. Group C teams are Caravans, TCA Women, SKLPSC A, Karnataka Kings and Raha Union; group D teams are DCC, Kanbis, Dik Diks, Lions and Lohana.