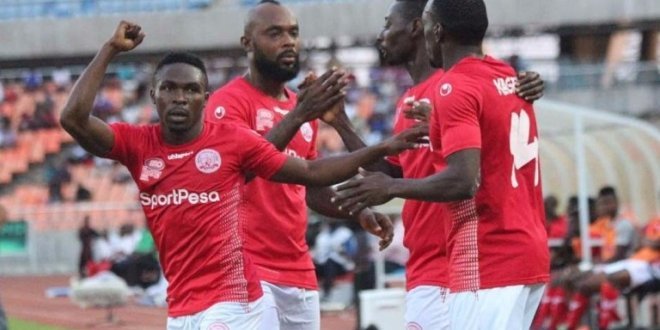 On Wednesday this week, I once again stressed, in my sports column, the dire need for the technical bench of our sole regional representatives in the Champions League, Simba Sports Club, to work extremely hard on the team’s magical four S, strength, stamina, suppleness speed.

Now if you take a glance at Simba’s first two matches they are supposed to complete before March 10th this year, you would realise why it is very important for them to win the two matches if they want to remain in contention in the continent’s premier soccer club tournament.

But if they win against their Egyptian counterparts on Tuesday next week, they would be left with the opportunity of playing their next game, on March 9th against a team which they don’t not only but were able to trounce by three goals to nil. And, much as soccer coaching gurus say it is difficult for a team to win or lose twice and against the same opponent, Simba would on March 9th this year, be presented with the enviable task of proving to the world whether or not they have come of age when they take on the Algerians but this time in their opponents’ backyard in Algiers.

Now going by their own vow, as rightly noted by their own spokesman, Haji Manara, Simba are determined to win all Champions League matches to be played at home; and it would be recalled Manara told whoever had cared to listen to him that Simba would beat whoever plays against them in Dar es Salaam even such a team includes the Spanish giants, Barcelona FC.

The implication of Manara’s statement is that the Egyptian giants should be prepared to take a beating, and knowing Simba, the Egyptians leaving the sprawling National Stadium unscathed their five goals thumping of Simba over two weeks ago notwithstanding.

But much as that is what Simba have said, my take on the club is that, that would only be possible if they worked hard on their strength, speed, suppleness, and stamina as the four ‘S’ would ease, quite considerably, their work against Al Ahly, especially if the match is played under the ferocious heat of Dar es Salaam. And, this brings me to another very important point. Since the Egyptians have a habit of taking their opponents to Alexandria where the pitch is only suitable to them and not to their opponents, Simba to train their four S at the sprawling National Stadium and under the blazing Dar es Salaam heat for over three hours non-stop and the match ought to start from .

It’s important for Simba to note that the two coming matches on Tuesday next week and on March 9th are Simba’s easiest matches and if they win them they stand the best chance of proceeding to the quarterfinal of the tournament as they would only be left with the last match, also in Dar es Salaam, against AS Vita from the Democratic Republic of Congo.

I’m saying that because there are only two teams that can stop Simba from qualifying for the quarterfinal of the tournament and these are Vita and Al Ahly. And, if Simba manage to beat the Egyptians who have already six points in their kitty, the Egyptians have only one match which they stand to win and that’s against Algeria’s Saoura in Alexandria.

When Simba take on Al Ahly on Tuesday next week, Vita would be playing against Saoura away from home in Algiers where they are unlikely to win against the Algerians who were also able to stop the Egyptians a few weeks ago.

The point is, I don’t personally see how Al Ahly can win their return leg match against Vita in Kinshasa. But there is one important point that we need to note, and that’s, for any team in this group to do well, it must win at least one match away from home, and all the teams in the group have, at the moment, such an opportunity.

But if Simba win against the Egyptians in Dar es Salaam on Tuesday next week and the Congolese lose or draw against the Algerians on Tuesday next week, then that would provide Simba with the impetus of winning against Saoura away from home and hoping that they would do the same thing when they play Vita in Dar es Salaam on March 16th when the Egyptians would be playing hosts to their Arab brothers, Saoura.