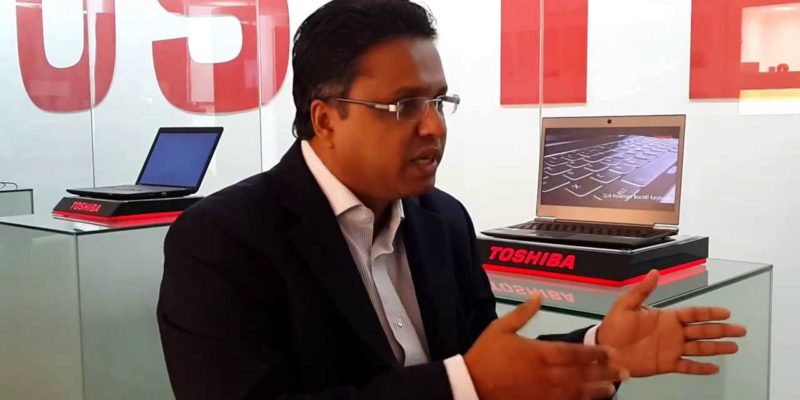 Toshiba ULF FZ (TGFZ), a fully owned subsidiary of Toshiba Corporation, one of the world’s leading storage device manufacturers, has announced winners of its ‘WIN WITH TOSHIBA’ contest.

More than 20 lucky winners, walked away with a grand prize of – a TVS Star motorcycle.

Speaking on the occasion, Santosh Varghese, Vice President General Manager Digital Products & Services at TGFZ said that as part of the TGFZ’s channel strategy they go to the respective markets and conduct the roadshow, Promotions, Training Programs periodically.

TGFZ has done many such promotions in various parts of African markets.

“This time it’s our pleasure to conduct it in East Africa (Kenya, Tanzania & Rwanda) which is the economic hub of East Africa. ‘WIN WITH TOSHIBA’ is one such initiative that offers our customers an opportunity to win exciting prizes, while providing TGFZ a platform to engage more closely with our customers” said Varghese.

He explained that they are happy to see the overwhelming response of their distributors, retailers customers in all countries.

They also thanked channel partners, our distributors, Mitsumi Distribution and Red Dot Distribution, for their continued support and in making the contest a success.

A delighted winner, Abdi Omary said; “I am extremely happy that my decision of buying TOSHIBA products has been so rewarding. I really feel very lucky, this is a dream come true for me. Thank you TOSHIBA”

TGFZ distributes its storage and memory product in 38 African Countries.

Toshiba is a 142-year company with the DNA of innovation has its Hard Disk Drive business since 1967.

Since then Toshiba has led the industry for over 50 succeeded in making its product more compact with higher capacities.

In 2004 Toshiba was awarded the Gunnies of World records for making the smallest HDD in the world – 0.85” in size. With the latest innovation, Toshiba has achieved a surface recording density of 2.34Gbit/mm2 per pater.

The company has a market share of 30% within region. Toshiba has also pioneered in the NAND business. It is the second largest NAND producer in the world.

new semiconductor type “Flash Memory” innovated in 1984 has the storage industry. Major industry leaders in “wearable devices” and “servers” use Toshiba NAND as their storage.