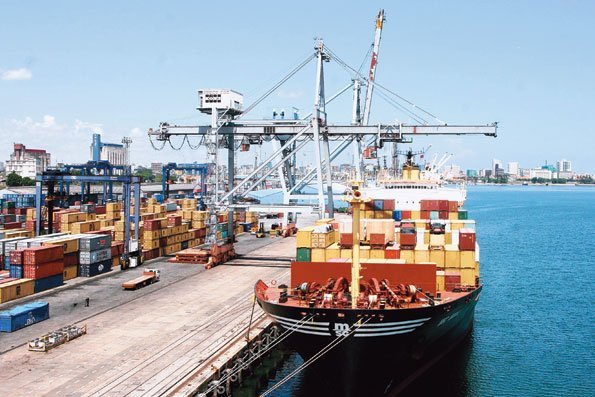 Tanzania has all it takes to become a voice of Africa in the maritime sector in the world, a transport stakeholder has commented.

This is due to the fact that the country has everything needed in the sector, including one of the best maritime institutions in Africa, the Dar es Salaam Maritime Institute (DMI), human resources, ports and support from the government and donors.

Anna Karume, Regional Secretary (Africa) for International Transport Forum, (ITF) said recently that in the maritime sector ‘’Tanzania has to lead while others should follow’’. She, however, explained that unfortunately, the country did not utilize the opportunity very well, which made ITF backtrack on its willingness to support seafarers in Tanzania.

“Unfortunately, Tanzania is not taking advantage of it. You have everything; this country has to lead and while others should follow,” Ms. Karume stressed.

One of the biggest challenges that made it a nightmare for the seafarers to develop was weak seafarers’ trade union, Tanzania Seafarers Union (), which caused its suspension the ITF last year.

Reading concerns and recommendations from the ITF during validation of a TASU constitution in Dar es Salaam recently, Ms. Karume said that TASU has suffered for a long time ‘’because of extreme poor governance, no recognition of the union; that it belongs to members, serious malpractice and no meaningful report’’.

The union was also not paying its affiliation to the ITF. She pointed out that TASU should be a genuine labor union and — a private property.

However, she congratulated TASU for organizing a meeting to validate its constitution and said that once that is done, ITF will be ready to assist seafarers and the country in general.

ITF has been offering training and employment to seamen from within its member countries, Tanzania included. Captain Josiah Mwakibuja, TASU Acting Secretary General, who is also a member of ITF’s Fair Practice Committee, said that validation of was a must since the present one was outdated.

He said that to be a seaman nowadays, one needed to have an adequate education. ‘’Without it, there is no employment,’’ he pointed out.

Captain Mwakibuja noted that the maritime sector can contribute a lot the country economy through various activities, including employment to seamen, foreign exchange, tourism, shipping business, and many others.

“We cannot go further if our union continued to be like this, we need a strong, vibrant and transparent union,” said Captain Mwakibuja.

Speaking the during the meeting, the Registrar of Ships, Engineer Japhet Ole Loisimaye, said that as one of his responsibilities stated, he will ensure that seafarer’s benefits are always protected in the country. He said seafarers needed to move forward and stop doing what they have always been doing and act according to what today’s world needs.

The Registrar of Unions, Ms. Oisso, said that trade unions should belong to its members not otherwise. ‘Members should also pay their dues in order for the unions to survive and for them to be active’’, she stressed.

She underscored the importance of a constitution as an important tool in the union, which must be followed accordingly.

The registrar insisted on the importance of members to pay their dues on time for the union to stand and protect members’ benefits.

Speaking during the meeting, the Minister for Works, Transport and Communications, Engineer Isaac Kamwelwe, who admitted that he was not aware of any conflict within the union, congratulated them for realizing their mistakes and deciding to call the meeting.

However, he said that members were the ones who could decide on changes in their leadership and not the government. Eng. Kamwelwe urged the shipping registrar, Mr. Japhet Ole Loisimaye, who is also the Acting Director General of Tanzania Shipping Agencies Corporation (TASAC), to organize a meeting between the minister and key stakeholders in the maritime sector to enable him to send a message to the highest echelons of power in the country.

“Our country is blessed indeed; I thank you TASU — I have heard you. We need a revolution in the maritime economy in our country; we have a lot of qualified seamen” said the minister.

According to various publications, the world economy will migrate to countries surrounded by the Indian Ocean in 2025.