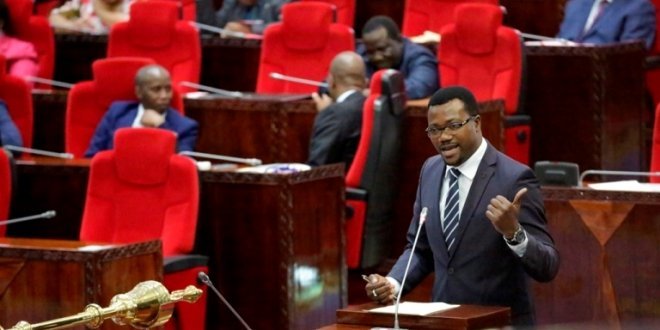 The government is making changes into the Fisheries Act number 22 of 2003 and its regulations in efforts to remove trading barriers, increase productivity and establish permanent markets.

During the launch of stakeholders’ opinions gathering on the envisaged fisheries legislation in Dar es Salaam yesterday, Minister for Livestock and Fisheries Luhaga Mpina (pictured) said: “There are other reasons behind the Act dissolution, including setting solid security of fishery resources as well as controlling illegal fishing products’ importation and exportation.”

However, the minister clarified that the new Act should match with changes and use of science and technology in fishery and development of aquatic organisms in waters so as to meet the markets’ requirements as well as encourage fish farming as many Tanzanians have been showing the interest.

Mr Mpina added that together with the drafts for the laws, the government was also on final stage to amend the Marine Parks and Reserve Act number 29 of 1994 and its regulations of 2009.

The minister urged locals to give the non- contradictory opinions to smoothen enactment of the laws.

He further said that Tanzania is rich in fishery resources, including of water body with 346,337 square kilometers, equivalent to 36 .7 percent of the whole country; large and impressive beaches as well as the presence of fishes and other water species.

“We should ask ourselves where do we get the legitimacy of importing fishes….why do we fail to care the local, neighbouring countries’ as well as Africa and the world markets,” he queried.

Restrictions on the use of solar lights, generators and licenses’ quantities were among the current Act weaknesses, resulting in to many people failing to accomplish their tasks.

Permanent Secretary (PS) in the Ministry, Dr Rashid Tamatama said that his office will perfectly supervise the public hearing for the best legislation.