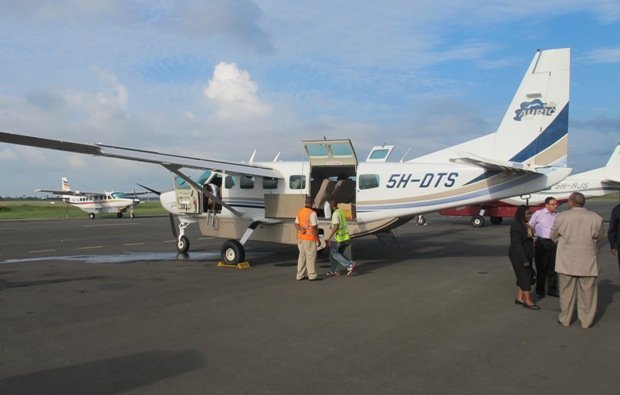 A local plane at Sumbawanga airport

Rukwa Regional Commissioner (RC) Joachim Wangabo recently said that the project was expected to cost 55.9 bn/-. The RC further assured Rukwa residents and Tanzanians at large that the expansion of the airport would start soon.

“Soon the expansion of Sumbawanga Airport will kick off as 55.9bn/- has been set aside for the purpose. Completion of the project is expected to promote economic activities in the region and the entire country,” he noted.

He further said that the project would eventually connect Rukwa Region with other regions in the country, making it easier for both economic and social activities to thrive.

The government via TAA has received a 55.9bn/- soft loan from European Investment Bank (EIB) for the construction of Sumbawanga Airport at international level.

For his part, Rukwa Tanroads Manager Mkina Musika said Sumbawanga Airport would be constructed at tarmac level and preparations for the project had been completed.

“M/S Sino Shine Overseas Construction & Investment East Africa Ltd have been contracted to undertake the project to tarmac level at 55.9bn/-, while the engineering company, SMEC International Pty Ltd from Australia in collaboration with SMEC Tanzania Ltd, will supervise the project at $2,602,343.00,” added Musika.

He further noted that implementation of the project had delayed taking off after residents, who had to pave the way for the construction project were not compensated as planned, insisting that the project would start soon after 96 residents out of 97 had been compensated.