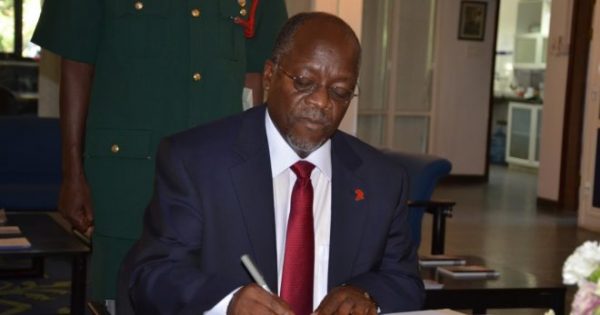 President John Magufuli has made six appointments for public institutions, including the former Vice President Mohammed Gharib Bilal, who has been reappointed the Board Chairman of Nelson Mandela African Institute of Science and Technology (NM-AIST).

According to a statement issued by Chief Secretary, Ambassador John Kijazi, President Magufuli appointed the retired Vice Chancellor of the University of Dar es Salaam Professor Mukandala the Board Chairman of Tanzania Library Services Board (TLSB).

Prof Mukandala takes over from Ms Lambertha Hyasint Mahai whose term in office has expired. Other appointed leaders include Professor William Anangisye who has been appointed the new Chairman of National Examinations Council of Tanzania (NECTA).

Prof Anangisye is also the current Vice-Chancellor of the University of Dar es Salaam, a post he took over from Prof Mukandala. Another appointee is Dr. Naomi Bakunzimi, the Chairman of National Council for Institute of Adult Education.

All the appointments are effective from July 6 this year. Also in the list is former Chief of Defence Forces, General Davis Mwamunyange who becomes the Board Chairman of Dar es Salaam Water and Sewerage Authority (DAWASA) effective yesterday.