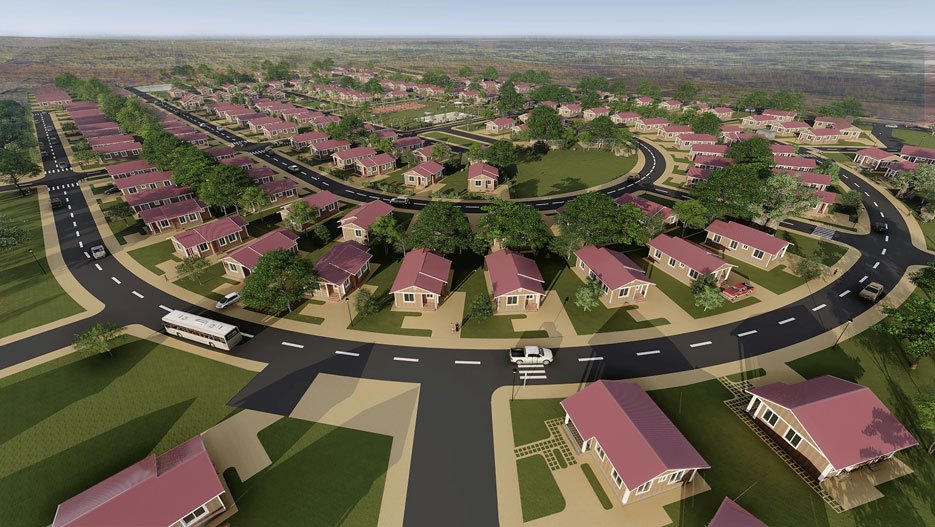 The National Housing Corporation (NHC) has declared full residential, commercial and office services in the newly declared Dodoma City, as results of its prior-investment in the area.

Already 151 homes are in use through the Corporation’s Iyunba Housing Project. Another 150 houses are under construction and will be ready for use next October, he said during an exclusive interview in Dar es Salaam.

NHC also runs Medeli Housing Projects where 90 residentials are already occupied by public servants who keep on relocating to the new city.

“Additionally, we are on final talks with the Tanzania Prisons in Dodoma for a joint housing project in Msalato area where over 1,000 hectares of land are set aside. It is on the agreement that the Prisons Department will offer the land while Corporation will offer skills,” he said, adding that:

The ongoing discussion as to how each side will benefit from the investment. The project (Msalato) is set to take off early in the coming fiscal year.

Responding to claims that NHC products are expensive despite its target to serve people of all cadres; Mr. Maagi admitted the challenge while citing the Corporation’s huge investments as the reason behind.

He reminded the public that NHC does not receive any kind of subsidies from the central government, but relies on Bank loans, which is still expensive due to the high amount of interest rates (about 17 percent) annually.

However, NHC boss appraised the fifth phase government endeavors towards directing all authorities responsible for infrastructure settings (water, electricity, and roads) to team up with NHC, for quick availability of the services wherever the Corporation runs its projects.

It was further noted that the cheapest NHC product has been sold at not less than 30m/- (above 80 square meter house, with two bedrooms). Despite the amount, Mr. Maagi revealed that there is no any estate company in the country with affordable products compared to Nationa Housing Corporation (NHC).

“We do remind our clients that we invest a lot. Let them think twice about the current land price which keeps on rising. We never sell incomplete products in terms of infrastructures availability. Paying 18 percent of the value-added tax is also our responsibility,” he said.

Security wise, the houses are protected from possible fire incidents as NHC always consult Fire and Rescue Force to make sure that all preventive measures are well considered.

To make NHC products more affordable, Mr. Maagi urged the government to offer what is called Revolving Fund to rescue it from the bank’s high interest rates.

He clarified that NHC has been conducting surveys in various countries and come across that residential affordability there is engineered by the offers government’s revolving fund.

According to Mr. Maagi, there are agreements between governments and real estate companies on whether the given fund need to be repaid or should be the rotating capital for expansion of housing projects, hence best shelters and living standards in general for their people.

The Corporation has already submitted Revolving Fund proposal since 2016 through the relevant Lands Ministry, Mr. Maagi; saying that once approved, Tanzanians should expect more affordability, at least from 30m/- to 25m/-.

The approval will also trigger off NHC supply power given the fact that it currently supplies not more than 20,000 products per year while the demand is about 200,000.

The Corporation does not experience much human resource shortage but it might be an issue in the future, once the government approves the revolving fund.

As initial preparations, NHC has been approaching undergraduates in various higher learning institutions including Ardhi University. Those who do the best in NHC daily practices at various sites have been retained.

As of now when the government is discussing the release of a revolving fund, NHC urged it (government) to offer as many loaning permits as possible; clarifying that despite high bank rates, there is no room for loaning without the government’s consent.

NHC has the total of 4,092 hectares of landbank countrywide despite the fact that constant and active markets are only in big cities such as Mwanza, Mbeya, Arusha, Dodoma and Dar es Salaam.

Mr. Maagi stressed on Dodoma’s new look in the near future through NHC’s ongoing and imminent housing projects; calling on investors to grab the opportunities.

Schools and health centers will be among the commercial areas in Iyumbu Satellite Centre. The NHC will be tasked to erect the buildings and let investors either hire or buy the facilities.

“But, they must offer the targeted services. We are mostly focusing on kindergarten and Nursery schools to avoid long-distance travel fro the minors in search of education services.

For secondary schools, we plan setting aside the areas and let investors erect buildings at their own costs. That is the new look of our designated capital of Dodoma people should expect,” he said.

He reiterated that the project (Iyumbu Satellite Centre) will be of the mixed uses ranging from offices, commercial, residential and all social services.

To make it more effective, he proposed that all types of infrastructure should come ahead of NHC investments, to avoid demolitions the Corporation has been experiencing in other regions.

Again, all infrastructure setting authorities should work as a team to make sure that everyone works in the perfect area.

Questioned on when is the Corporation’s relocation to Dodoma, Mr. Maagi responded it will be soon after the accomplishment of its headquarters building in the capital designate Dodoma

Contraction activities are set to take off early next financial year.