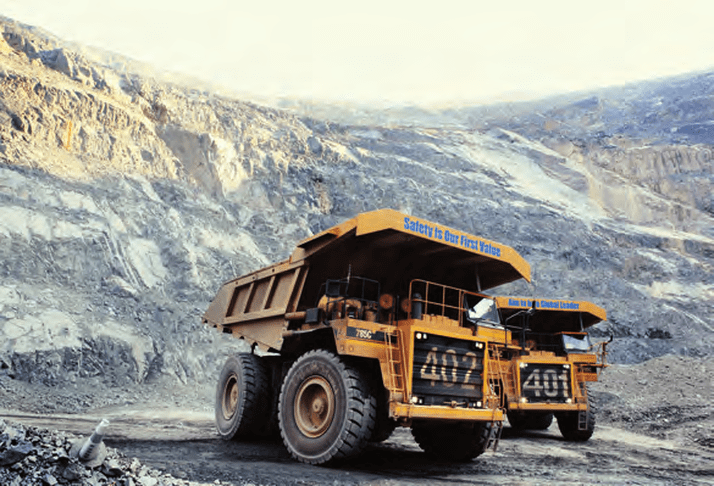 Geita Gold Mine (GGM) was an enthusiastic participant in the report and is proud to be a leader in terms of contributions towards the government’s revenue, as reconciled by the EITI. As the Government of Tanzania debates it’s 2018 – 2019 budget, it is becoming increasingly clear just how committed the government is towards the industrialization of the Tanzanian economy.

It is unmistakably keen to focus on sectors and projects that create a more conducive environment for the industry in the next budget, with plans to raise TZS 32.5 trillion from both domestic and foreign sources.

The extractive industry has a critical role to play in supporting the government’s aspirations.

As one of the largest investors in Tanzania, with an unwavering commitment to promoting good governance and transparency, GGM remains a committed partner in supporting the government’s plans to transform Tanzania into a middle-income nation, underpinned by an industrialized economy.

As the report shows, Geita contributed 46.9% to the government’s EITI revenue, and the amount received by the government over the 2015 – 2016 period was TZS 203 billion. As a good corporate citizen, we take our obligations very seriously.

We are one of the largest taxpayers in Tanzania, contributing 1% of towards the country’s GDP. In 2017, Geita paid TZS 311 billion in taxes, and we were lauded by the Tanzanian Revenue Authority.

We believe mining has a key role to play in developing the Tanzanian economy, and in providing a bright future for the local communities in which it operates.

At GGM, we passionately believe that being a corporate citizen that comes with multi-faceted commitments tax compliance, adherence to the relevant laws and regulations in conjunction with our Mining Development Agreement, supporting the transfer of skills, and developing our local community.

In fact, GGM has provided a positive model for how the mining sector can operate with the governments; our value proposition is intended to benefit the company and its shareholders, as well as the societies in which we operate.

One parent company, Anglo Gold Ashanti Limited (AGA), has been a positive example in demonstrating gender mainstreaming at the Board level. Five of the twelve AGA board members are women, and three out of nine Executive Committee members are women. This is something we plan to replicate here in Tanzania.

Closing the skills gap beyond mining

Through our integrated Mining Technical training programme, we have established goals to close the skills game in the mining industry. We are also committed to ensuring that local businesses in the surrounding community develop skills that go beyond mining.

An example of this is the agreement we have with the Geita District Council, which will benefit Geita communities in the areas of education, health, humanitarian aid and small business development.

It makes GGM the first mining company to comply with Tanzanian’s new legislation governing corporate social responsibility (CSR) ahead of its implementation.

We were excited to see the government’s recognition of our CSR program and, in particular, recent media reports quoting a government official as saying that GGML distributed 72% of gold miner’s entire community activities spend in 2017, an achievement of which we are extremely proud of.

Our long-term commitment and ongoing investment will allow GGML to continue to make a positive contribution to Tanzanian’s finances, support the country’s industrialization plans and help it achieve its development and poverty eradication goals