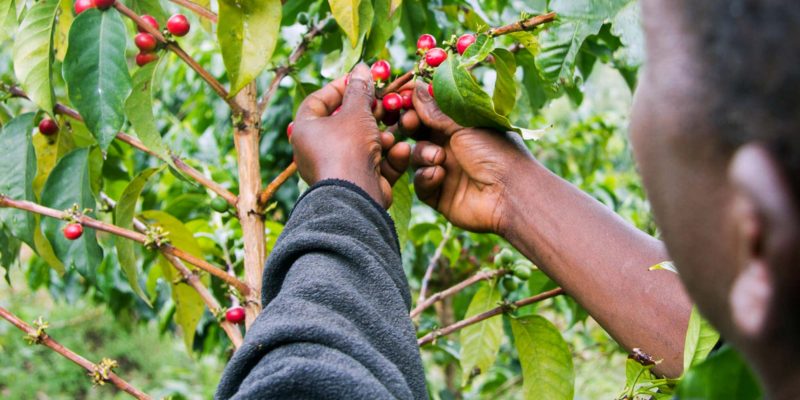 The Hai District-based Lyamungo Agricultural Marketing Cooperative Society (LyamungoAmcos) in Kilimanjaro Region has increased its coffee production from 30,000 kilograms in the 2016/2017 crop season to 39,590 kg in the 2017/2018 season.

Such outstanding achievements were described by Chairman of the Lyamungo Amcos, Mr. Gabriel Ollomi, when addressing members of the institution, during the society’s Annual General Meeting, which was held in Hai District, recently.

“During the 2017/2018 crop season, farmers were paid a total of 5,000 shillings per kilogram of coffee, the payments been one of the best coffee payments to coffee growers in the country,” he said.

He continued to say that the farmers could have been paid more than that, but that couldn’t happen because of various challenges which he said included the higher costs of and that of unstable coffee prices.

However, Ollomi urged the coffee farmers not to give up, whereby he advised them to continue producing coffee of good quality so as to be subject to more markets and best prices in the future.

He further said that apart far from good payments, its members and other citizens in areas of the institution’s operations have been able to benefit from other services which he said are connected to the Amcos including in the health sector.

“For the fourth consecutive season, the Lyamungo Amcos has continued to contribute to the cost of Health Insurance to its members, whereby it contributed Sh1,340,000 for the Improved Community Health Fund”, he said.