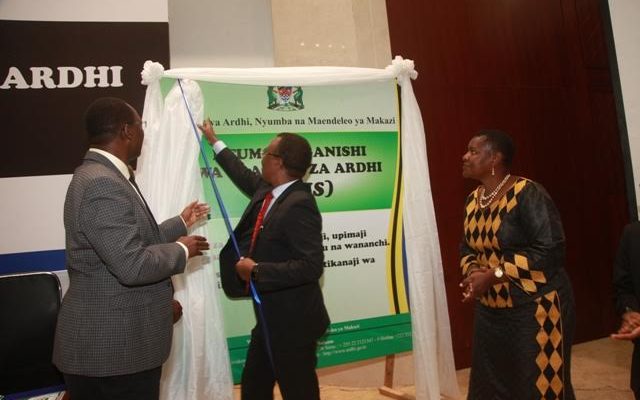 It has been revealed that only 10 per cent of the Tanzanian land has been surveyed despite spending over $150 million on titling programmes in the country.

Speaking on the insights from a 10-year project on the formalization of land rights, Professor Faustin Maganga, from the Institute of Resources Assessment at the University of Dar es Salaam said that land titling is economically benefited to individuals and the entire nation.

According to Prof Maganga, some of the benefits of land titling include: Reduces conflicts, used as collateral to access loans from financial institutions, which at the end would alleviate poverty among the communities.

At the breakfast debate-themed ‘leveraging cost in land titling insights from a review of experiences’, organized by Policy Forum in Dar es Salaam, further retaliated that cost-sharing is key in expanding affordability, enhancing ownership and accelerating the titling process.

Meanwhile, he revealed that there have been limited efforts to seize the opportunity that land titling provides to address gender inequality in land ownership.

He also said that there has been limited progress in undertaking land use plans and issuing certificates of customary rights of occupancy ().

“A few farmers from the studied areas have been able to access funds from Micro-Financial Institutions (MFIs).” He identified the benefits of land titling into two groups.

The first being security effect, which : Safeguard village land from outsiders; reduce conflict, increase motivation to invest and work, and female security and empowerment.

The second being on collateral and liquidity effect, which include: Creation of wealth and liquidity, formalization of assets, facilitation of access to credit, serve as bond, finance new businesses, and generate new taxes for Tanzania.

According to him; “this multidimensional plurality creates inefficiencies, redundancies, and on-the-ground confusion that undermine the common goal of increasing the share of land with the formal title across rural Tanzania”.

He further recommends that village land use plans (VLUPs) should not automatically expire after a ten year period as is asserted by land use planning authorities.

But rather they should remain in effect until a new plan is produced and approved by the village assembly.

should be enforceable and there should be mechanisms for addressing and redressing violations when they occur.

should not be financed by investors with commercial interests in the land undergoing planning. For his part, Research and Policy Advisor with Oxfam Tanzania, Dustan Kweka, said that tenure formalization, among others, enhance tenure security and productivity.

The formalization further reduces conflict-between pastoralists and farmers; facilitate resolution, attracts and promotes investment on land and agriculture. It secures ownership rights for widows and gives compensation in case of an acquisition.

For instance, the Ministry of Lands, Housing and Human Settlement Development has estimated that surveying and titling all the land in the country will cost more than Tsh2 trillion.

While the resources needed are enormous, the cost challenge is not insurmountable.

Oxfam in Tanzania, as a stakeholder in land tenure formalization, has been implementing projects that am at complementing government efforts in this priority area and has experienced the cost challenge.

Due to this shared experience, the organization started working with the national land use planning commission, over a year ago, to explore mechanisms for leveraging cost by documenting stakeholders’ practices, with the aim of sharing lessons and informing the debate.

One of the participants to the debate, Mabina, said that land titling was actually an opportunity for land grabbing.

“Villagers are sweet-talked to allow their land to be taken for the claimed large investments. Village land issues should address bigger issues like markets for agricultural produce,” he advised.

He further suggested that to address unending conflicts between pastoralists and farmers, land for flocks grazing should be set aside. Other findings indicate that land market in Tanzania is not vibrant, arguably in part due to ownership informality.

Land cannot be collateralized to create value for leveraging financial opportunities; one can only realize the monetary value of untitled land when he/she sells it.

In some areas, the individuals own land under the umbrella of their clans; and are required to sell land only to the other members of the same clan, except in cases with no demand from clan members.