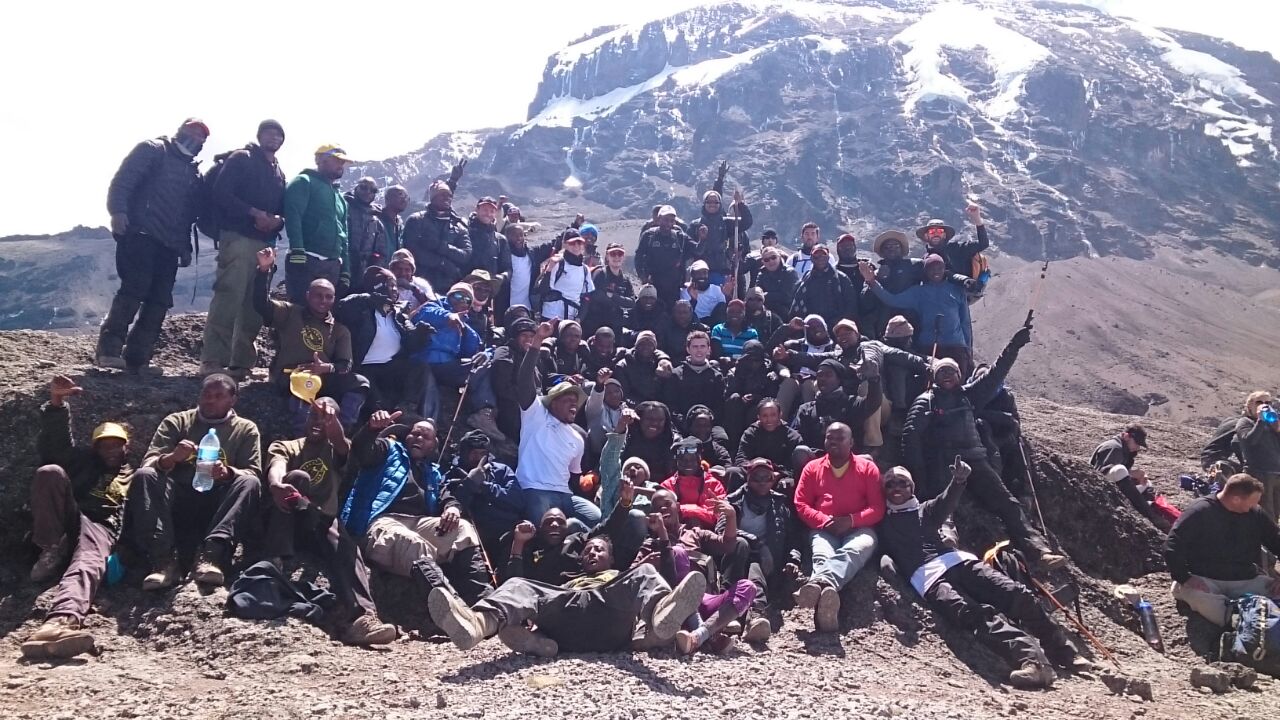 This was revealed by the Vice Chairman of the GGM Simon Shayo, during the occasion to receive those who took part in this year’s campaign, which was held at the Mweka gate of the Kilimanjaro National Park (KINAPA).

“This campaign which is 17th since it was introduced has played a big role in the war against the AIDS pandemic in the country and this is because the proceedings of the funds raised during the campaigns have been distributed to different organisations, which take part in the war against AIDS”, he said.

He hailed the government and TACAIDS for the cooperation which have and still continues to give GGM in the Kilimanjaro Challenge every year, a campaign which he said would continue to be carried by the gold mining company with the intention of strengthening the war against AIDS.