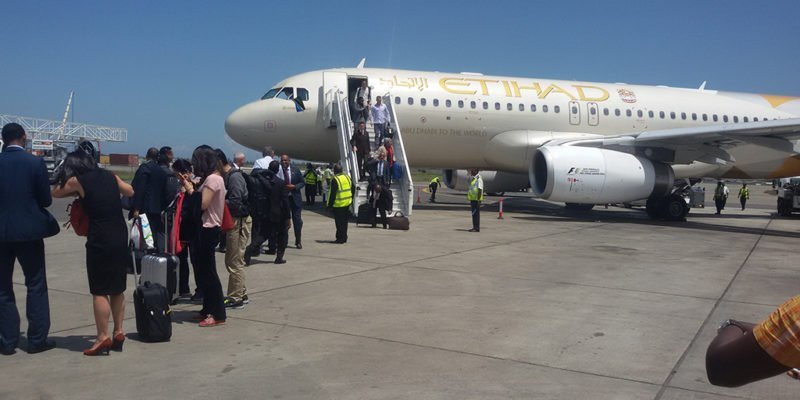 This is the second airline company to close business in Tanzania after British Airways (BA) pulled its flight services between Heathrow, London and Dar es Salaam in March 2013 due to loss of revenue.

This is part of the straggling airline’s strategic plans of scrapping unprofitable routes and reduces its fleet of aircraft.

“The eventual aim of this process is for Etihad to be in the best shape to ensure its long-term sustainability, enabling it to meet the challenges of the aviation industry in constant flux,” said Etihad Airways CEO Tony Douglas.

The Abu Dhabi-based carrier in June 2018 served to its business partners in this regard, confirmed sources at the Tanzania Society of Travel Agents (TASOTA).

In the letter, the airline pointed out that it has been committed to serving Dar es Salaam through its codeshare partner Kenya Airways (KQ) via Nairobi and then connect through Etihad to Abu Dhabi.

A passenger told us that the decision has advisedly affected Tanzania’s aviation industry.

However, officials of the airline in Dar es Salaam could not confirm the reason behind the decision.

Etihad’s first service to Dar es Salaam kicked of December 2015 as the third entry in East Africa, along with Nairobi in Kenya, and Entebbe in Uganda.

It also scheduled to suspend its flight between Abu Dhabi and Perth, Australia Edinburgh, Scotland from October 1, 2018.

Aviation expert, Mr. Abdulkadir Mohamed told this newspaper that the suspension of Etihad flight was obviously a harmful decision for Tanzania’s aviation industry. “The airline should reconsider its decision,” he said.

He added that the airline the airline business in Dar es Salaam has been going well. Another source said the airline’s agencies servicing Tanzania have been in an uncomfortable situation over various policy issues.

In July 2017, the Abu Dhabi-based carrier reported a $1.87 billion full-year loss, around Euro 8 for each passenger it carried. The good news is that Etihad retains a credit rating of ‘A’ despite its losses – mainly down to the “consistent, timely and large-scale tangible support provided by Abu Dhabi” (as in, financial support).

The rating agency even warns the plan has a “high execution risk” with plenty of dangers that could delay Etihad from becoming profitable once more.

“The medium-term implementation (of the turnaround plan) will depend on oil price dynamics and the sector’s competitive environment,” the rating agency warned in the briefing note (oil prices have risen steeply over the last 12-months and remain stubbornly high).