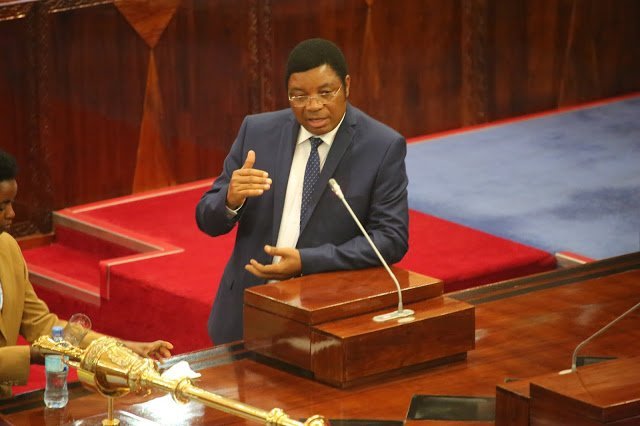 Prime Minister Kassim Majaliwa devoted his speech to the closure of the parliamentary budget session with a stinging rebuke of top officials in various sector ministries for delaying implementation of major projects, citing not just water and power sector projects but also the liquefied natural gas project.

The list would definitely belong if one goes back to the Kiwira coal-to-power project, dating back to the first phase government and earnestly taken up in the third phase, interminable disputes on its ownership, etc.

There is an impression that some major projects are being rapidly executed, but at times cries of alarm are heard, for instance in the flyover project at Ubungo where a redesigning was suggested; or in the BRT project.

The Premier actually ordered an investigation into why major projects were being delayed, and one line of thinking to surface in his speech which makes the sort of investigation that was implied or insinuated both urgent and practical – was that delays arise due to senior officials seeking bribes.

It is evident that the Premier or those working in various sectors, as well as parliamentary committees reporting on what they saw, or in reports of the Controller and Auditor General, it may indeed have been made clear that bribes account for much of project delays. Corruption is arbitrary and unpredictable, and there is a way it ignites a rethinking on the part of a potential investor in case of actual conflict, all at the public expense.

Still, a minimum of intuition would suggest that bribes aren’t at the center of things, as bribes are usually a matter of opportunity, of a top official looking over the shoulder to see if anyone is watching, and seeing no one, could conveniently change a figure or two, for his benefit.

Corruption by itself doesn’t hugely affect the costing or speed of a project, for it usually involves small sums when put alongside real, actual project costs, but if the system is weak enough, the bribe demands can be spread out to whole structures (for instance the management, board and ministerial desks involved in a major project).

That way the costing discrepancy becomes unmanageable, but it isn’t corruption in a strict sense of the term as it is being done in a collective way, not one person holding back a project for bribes but systemic failure.

Without seeking to upstage the sort of investigation that the premier directed that it ought to be done, two things can be pointed at, that this line of thinking firstly avoids the real issue, namely the terms and conditions that the government offers to investors.

On the whole, there isn’t yet a distinction between financing and funding, as well as investing and aiding, in which case the ‘win-win’ sort of options that the government usually presents before investors are too skewed in our favour in the sense of public sector favor.

Were it that the projects were anchored in the private sector, major foreign companies would easily purchase stakes in the local firms entrusted with the projects, and they would rapidly move ahead, while that isn’t possible when the projects are firmly anchored in government-controlled entities, authorities.

This situation was noticed when MPs demanded that the government take up PPP model (public-private partnership) in implementing road construction (preferably described as ‘infrastructure’) where a deputy minister responded that if any stakeholder is interested in ‘assisting the government’ to implement those projects he was welcome.

It is ‘assisting the government’ that is faulty, for investors want to see a proper business idea being put across for them to participate in a capital-friendly manner.

That means they own a portion (shares) of the project and thus sit on the board to help direct it, not loan out to wait for payment.