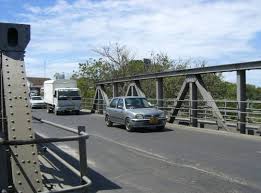 Tanzania National Roads Agency (TANROADS) and the Japanese based Sumitomo Mitsui Construction Company (SMCC) are today set to sign a contract agreement for the construction of a new road bridge along Bandari Road of Gerezani in Dar es Salaam City.

According to a press statement released by the Japan International Cooperation Agency (JICA) yesterday, the project which is funded by the Government of Japan through the Agency as a Japanese grant, will replace the existing two-lane bridge by a new four-lane bridge in response to increasing traffic volume together with a rapid economic growth of the Tanzanian government.

“In addition, its well-considered design can accommodate a new service route for the Bus Rapid Transit (BRT) and Standard Gauge Railway (SGR), passing under the bridge,” read part of the statement.

It was further noted that in response to increasing demand, the city of Dar es Salaam is remarkably developing.

Since the port of Dar Salaam is under rehabilitation and improvement of its facilities, it is essential to widen the bridge located on the route connecting the port of Dar es Salaam to upcountry areas and countries through the Central Corridor.

SMCC recently completed the first flyover project in Tanzania (Mfugale Flyover) in September last year, also funded by the Government of Japan to the tune of 106bn/.

Moreover, SMCC achieved a safety record that is more than 2.5 million men/hour safety record (no minor/fatal injuries for pedestrians, motorists, and workers of the project was recorded during its 35-month construction period) and ahead of the original schedule.

The 425-meter long Mfugale flyover with 100 years’ lifespan can handle 180 tonnes at a time. It was constructed specifically to reduce traffic jam in the city.

During the bridge’s inauguration in September last year, President John Magufuli was quoted as saying that Japan should consider the implementation of the same project (flyover) at Gerezani area as well as a four-kilometer road widening between Mwenge and Morocco area in Dar es Salaam.