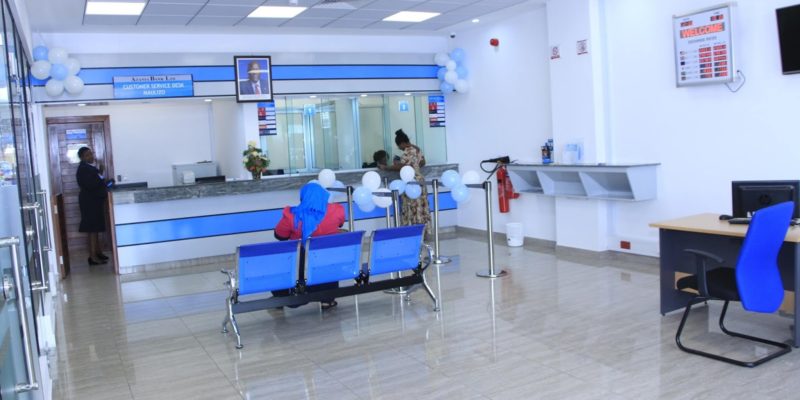 Azania Bank Limited has opened a branch in the new capital, Dodoma, as part of its resolve to extend its tentacles countrywide, boost its service delivery to customers as well as supporting President John Magufuli’s industrialisation drive through expanded financial services.

Speaking during the ground breaking ceremony to inaugurate the branch here, the Bank’s Managing Director (MD), Mr Charles Itembe, said currently his bank has 19 branches countrywide, including the new one in Dodoma, which will be known as Sokoine-Dodoma Branch.

“Our current main strategic objective is to expand our network by establishing at least three branches each year as well as increasing our market share by at least three in three years,’’ said Itembe.

The MD added that the bank’s other objectives were centred at elevating the bank to Tier One within five years of strategic business objectives.

On why the bank decided to inaugurate a branch in Dodoma, Mr. Itembe said the city was one of the fastest growing in the country, which is at its geographical center much as it has already been designated the new capital,’’meaning that all government activities are conducted here’’.

Mr. Itembe further insisted that by elevating Dodoma Municipality into city status, the government has put his bank in a better best position to serve a wider clientele that needed more financial services.

“In supporting President Magufuli’s industrial agenda, strategies should be put in place to boost income through stronger financial services. In this case, Azania Bank is committed to advance the big agenda and make it a reality in collaboration with the government and all the people,’’ he noted.

Speaking at the launching ceremony, Deputy Finance and Planning Minister Dr Ashatu Kijaji paid tribute to the bank’s management, at the same time challenging financial institutions in the country to ensure that they deal effectively with Non-Performing Loans (NPLs) and reduce operational costs so that they can serve their customers at the minimum possible cost compared with the present situation.

“I know for sure that unfaithful staff members are the source of NPLs and that’s why I strongly ask for the boards and management of these institutions to take action in line with reducing operating costs because the government will not tolerate any negligence in the implementation of this,” she cautioned.

Dr. Kijaji commended the recent move by the Bank of Tanzania (BoT) of lowering Discount Rates from 16 percent to 9per cent, a move aimed at enabling the bank to offer loans at lower interest rates.

She expressed her satisfaction by the way the bank was improving small and medium entrepreneurial activities in the country, which has so far contributed to improving various sectors, including small industries.

On his part, the bank’s Chairman of the Board of Directors, Mr Eliud Sanga, said the bank was performing well in strategic objectives and performance and that is why during the financial year ending December 2017, it made a profit amounting to Shs1.8 billion – from the 6bn/- loss it incurred in the previous financial year.

This, according to him, helped the bank to provide a handsome dividend to its shareholders. On the industrialization agenda, Mr. Sanga called for investments in financial education and on the criteria for acquiring loans to small and medium business people.

Azania Bank is a medium-sized commercial bank that engages in retail banking, lease financing, foreign exchange transactions import/ export financing, as the issuance of letters of credit. As of March 2017, the bank’s total assets were valued at about US$147 million (Tsh332.73 billion).

The bank was established in 1995, as First Adili Bancorp, by Tanzanian citizens, together with national pension funds and International financial institutions, including the East African Development Bank, the Swedish International Development Agency and an American merchant bank, Gerald Metals Inc. Today, the main shareholders are pension funds and Tanzanian nationals.