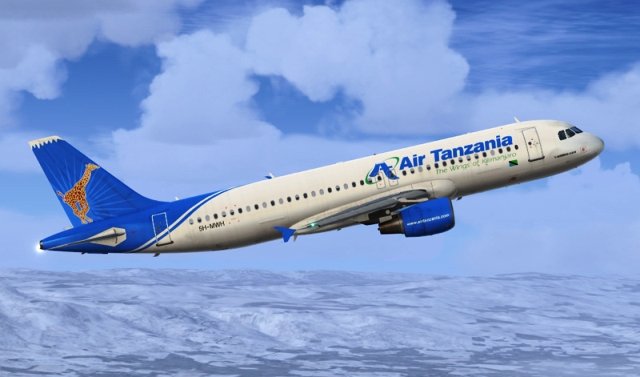 Air Tanzania, The wings of Kilimanjaro

Air Tanzania will operate as a separate corporate entity befitting the mould of global sustainable and profit making airlines like Ethiopian, the national flag carriers Board Charmain, Engineer Emmanuel Mrosso, has stated.

“There is no politics in the operations of an airline company. Our board will ensure we operate commercially to maximize profit,” Eng. Mrosso said.

He further noted that even President John Magufuli, “who frankly speaking is the one who made a personal effort to revamp ATCL, has repeatedly said that nobody should board the aircraft without paying fare even if he or she is government official.”

Eng. Mrosso said that for the airline to sustainable and eventually become one of the giant airlines, they were looking forward to opening more routes.

“We are disciplined at all levels, from the administrative to management, just like all other big airlines across the globe. There will be no bureaucracy in our operations,” he stressed.

He said that even the appointment of the board of directors and other positions has adopted international requirement and not just based on political merit and favoritism.

“We call upon Tanzanians to trust their new airline because they are under new leadership and management; new staff and new outlook and morale.”

For this part, ATCL’s Managing Director Engineer Ladislaus Matindi concurred with his board chairman, telling us that they did not operate under political or social media pressure. “We work professionally for a greater,” he pointed out.

According to Eng. Matindi, the launching of their website and ticketing office was crucial as it would bring their services closer to their clients wherever they may be. “This will simply ticket bookings for would be passengers,” he said adding:

“Our tickets are accessible anywhere across the globe. All one needs to do is visit our website, buy tickets and even make accommodation in lodges and hotel at chosen destinations.”

Eng. Matindi has noted that to meet customers’ needs and save their time, the airline plans to increase its working hours from 14 to 24 hours.

He revealed that from February 22, ATCL will start new routes to Lusaka in Zambia and Harare in Zimbabwe to tap on the African market.

“The Lusaka and Harare routes are commercially viable for us,” he said.

The ATCL boss mentioned other international routes to the airline was eying as Guangzhou in China, Mumbai in India and Hongkong. “We are sure these new routes will bring in more tourists to Tanzania and raise foreign incomes from the tourism sector,”

Meanwhile, speaking in another exclusive telephone interview, renowned economic guru Professor Haji commended President John Magufuli for his efforts to ensure not only ATCL but all the government entities maximized revenue generation in their areas of operations.

“If ATCL wants to make a , they should be disciplined at all levels, from the administrative to management, like all other big airline companies across the globe,” he pointed out.

The don said that even the appointment of the board of directors and other positions should be international free from political influence and favoritism.

Prof Semboja argued that for ATCL to survive, it should be free of political intervention. “It should work independently as a corporate entity, free from political directives,” he advised.

He said The Ethiopian has become the best airline in Africa simply because it works independently and free from political intentions.

“From our ATCL, what our president need to do is to initiate and establish a system that will make it operate independently and competitively.”

He noted that parastatal organizations, including the national airline, collapsed during initial phases of government due to three factors, including operating on political grounds and under a lot of intervention from higher government circles in terms of recruitment ignoring requisite advertised qualifications and experience.