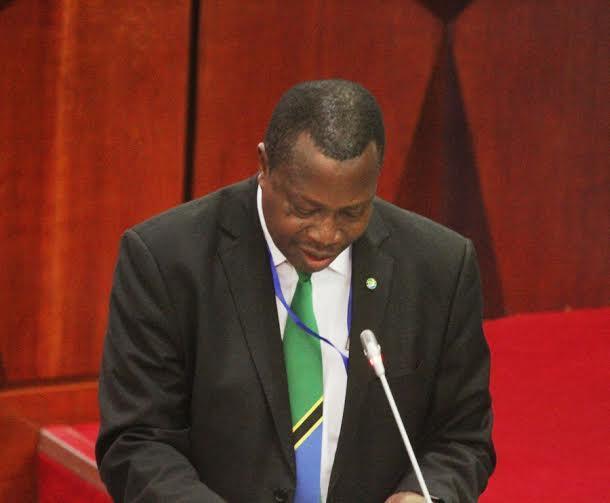 Economists and stakeholders have expressed mixed reactions to the proposed allocation to agriculture in the national budget tabled last Thursday in the ongoing parliamentary session in Dodoma.

The budgetary allocation to agriculture has been slashed to Shs170.2bn of 2018/19 fiscal year from Shs214.81bn allocated to the sector in the just-ended financial year. In total, the government had allocated a total of Shs267.86bn for the Ministry of Agriculture, Livestock, and Fisheries. The amount equal to only 0.85 percent of the total estimated national budget of Shs31.69 trillion.

Tabling the 2018/19 national budget, Finance and Planning Minister Dr. Philip Mpango said that agriculture has been given top priority as a sector that was mostly depended upon by the majority of Tanzanians.

Agricultural Non-State Actors Forum (ANSAF) Executive Director Audax Lukonge, however, said ‘’one cannot make a good analysis of any budgetary allocation for the ministry without including its four key sectors’’.

He named them as Agriculture; Livestock; Fisheries; and Cooperatives.

“These sectors need to complement each other for the ministry to be successful,’’ Mr. Lukonge pointed out, adding; ‘’giving priority is one thing but walking the talk is another’’.

He further noted that the agricultural sector has not been given needed attention. ‘’Even the budgetary allocation is very small. The other challenge is that it is also not timely disbursed,” he observed.

The ANSAF chief further revealed that the allocation to agriculture was not in line with the sector’s growth, which is at 3.3 percent against a population growth rate of 3 percent.

Mr. Lukonge suggested that for agriculture to attain positive achievements, public-private-producers’ partnership (PPPP) is inevitable to minimize the finance gap.

He said for this to work, the government should establish an enabling environment for the private sector to increase productivity.

Meanwhile, Mr. Lukonge has commended the government for constructing better roads and laying electricity infrastructures across the country, among others. He, however, urged the government to put in place a better irrigation system that would enable farmers to have abundant yields.

Ms. Flora Mathias Mlowezi said that it was surprising to hear the minister pointing out that the government has given priority to this year’s agriculture budget despite its ‘minimal’ allocation.

“If the government wanted to walk the talk, it couldn’t have minimized the sector’s budget to Sh170.2bn of 2018/19 fiscal year far down from Sh221bn allocated for the just-ended fiscal year’s budget,” she noted. Professor Honest Ngowi from Mzumbe University commended the government for according agriculture top priority in the proposed national budget, saying the sector has been performing poorly despite employing over 70 percent of the population.

“If it will be properly implemented as it has been proposed, it will provide raw materials for our industries; markets and food security for the growing population,” he said in an interview with the ‘Business Times’.

National CHADEMA Chairman and Leader of Opposition in Parliament, Mr. Freeman Mbowe; has been quoted claiming that the government has been violating the Finance Act 2015 by allocating funds to various projects without the endorsement of the National Assembly.

He had further claimed that there had been serious problems pertaining to resource allocation whereby budgets of some government institutions and ministries for the financial year ending June 30, 2018, tripled by 300 percent while crucial ministries like Agriculture had a budget deficit of up to 98 percent.

Mr. Mbowe further said that although parliament has the power to supervise the government and endorse funds for the implementation of major projects but that has not been done during the past two years.

“There is no financial discipline,” he insisted. For his part, ACT Wazalendo leader Zitto Kabwe said that although agriculture was mentioned as first priority ministry, numbers did not show if it was really a priority.

“The agriculture budget is just 0.52 per cent of the total budget. Is this really a priority?” asked Zitto when presenting his party’s post budget analysis over the weekend. Another school of thought has suggested that some measures needed to be put in place to boost the sector as sustainable use of agricultural land and water, reliable and available agricultural inputs.