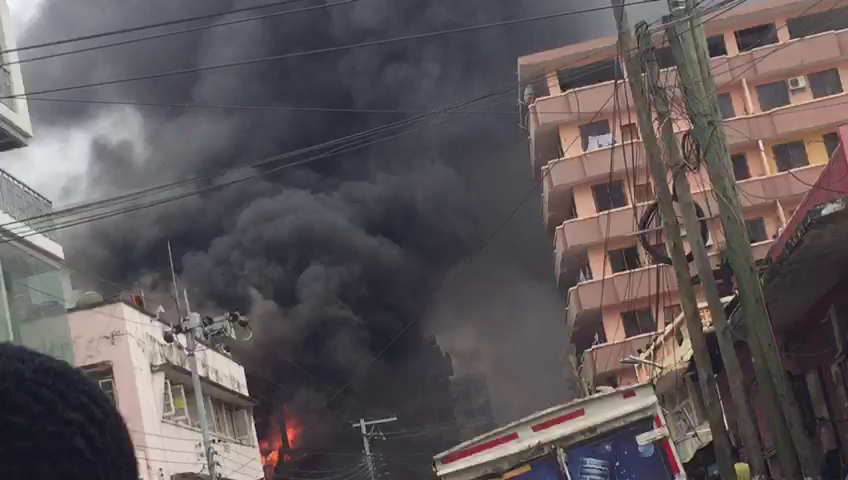 A commercial building along Aggrey Street in Dar es Salaam had everything destroyed in a fire on Wednesday, June 13, apparently ignited by an electric short-circuit on the basis of audiovisual reporting.

What struck a number of observers, apart from bystanders who had to endure for excessively long before the firefighters finally arrived at the place, was that it took them two hours to do so.

And even then, more work had to be done to combat the fire that had already extended to a nearby building. It was a lamentable illustration of the sort of unprepared-ness for such hazards and a barometric expression of how far we are prepared for disasters as a whole. On the whole, we can say that we aren’t prepared for disasters at all.

Assuming that no one was deliberately careless or showed dereliction of duty at the firefighting and rescue force not far from Aggrey Street, and any watcher even their own working premises could have seek the billowing smoke from the place, it means there are hideous structural weaknesses that cause such a situation.

The above-mentioned incidents point to poor capitalization. There is also need to use them to drive the point home. It further brings up other worries is that if it was a public facility someone could have seen the urgency of rushing there.

But being a private facility and without the ability to seek prior facilitation of costs by the time they arrive one is left with the option of pushing the point on funding.

While at the moment we are left with no alternative but to lament the huge loss on the part of commercial entities involved, there is public interest that is involved as well that insurance costs are likely to escalate or deter investors as the fire and rescue function is strictly reserved for the public utility.

They are free to conduct it in a way that boosts their ability to claim for more resources from the government.

It is part of the wider reality of public sector mentality that has cost us hugely in the central ministries; more so in local governments, as without things becoming really bad roads, for instance, no disbursement will be done. And since local administrators live on those disbursements, they look aside at shoddy performance as it attracts repair and maintenance allocations; in which case, local patriotism is at variance with patriotism proper.

As if to respond to this kind of pressure and aware that despite nuisance levies for instance as regards firefighting equipment advisory and inspection all of which attract heavy tolls from building occupants, Finance Minister Dr. Philip Mpango proposed the rectification of miscellaneous tax laws to remove just these liabilities from investors and building occupants generally.

This lamentable reaction to a fire emergency has occurred while the fees and levies were in place. And now they are removed, without a massive topping up from the Treasury apart from being supplied with a (minimum) number of vehicles and other facilities.

It means that the state of motivation will sink even further. And from pulling their legs when a merchant facility ignites, a general go-slow on private facilities is intimated citing resource constraints.

French literature Nobel Prize winner Jean-Paul Sartre said in his epochal preface to ‘The Wretched of the Earth’ by Martinique psychoanalyst Frantz Fanon that colonial governors were not employed to read philosophy, otherwise, they would have understood that their methods would lead to wars of national independence, liberation.

Similarly, it needs no acute study of philosophy to realize that this inability to put out fires in other than public facilities or state-owned buildings in the absence of their being able to extract payment for so doing leads to a rethinking on its monopoly as a utility.