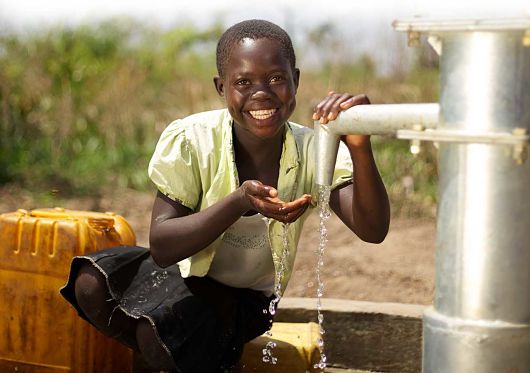 The German Government is carrying out clean and safe water project worth more than 1.9bn/- in South Kilema and Njia Panda wards in Moshi Rural District. The two wards have been facing critical shortages of water.

The German firm, Sktionskreis Ostafrika (AKO), has been roped in to implement the project after environmental degradation led to the drying up of water sources. The situation was compounded by the rapid population growth.

Speaking during the handover ceremony of the project to villagers, a representative from Tanzania Project Production Trust (TPPT), Dr. Daniel Amani, said that Kilema Madaka and Njia Panda projects would benefit more than 6,000 people.

However, the projects are likely to serve 15,000 people by the year 2025 according to the population growth rate of the small town of Himo.

“We call upon the villagers to maintain the water infrastructure that they have been offered so they remain sustainable for the future generation. People here should also care for the environment and water sources so that they can have enough water is a very important resource.

He said the project was successfully completed because of the support and collaboration from Germany, Moshi District Council and Rotary Club of Moshi.

Now the project is owned by the villagers under South Kilema Water Users Association. The Guest of Honour, Padre Valerian Msafiri, said selfishness and misuse of funds have been a major setback. They have caused the collapse of most of the projects.

He called on the leaders of South Kilema Water Users Association to maintain the rights of every villager in using the water. He added that it is the duty of all villagers to maintain the infrastructure.

The Village Executive Officer (VEO) from South Kilema Ms. Mariam Mbelwa, who represented the Moshi District Executive Director (DED), said the villages had been facing a big problem of water for a long time.