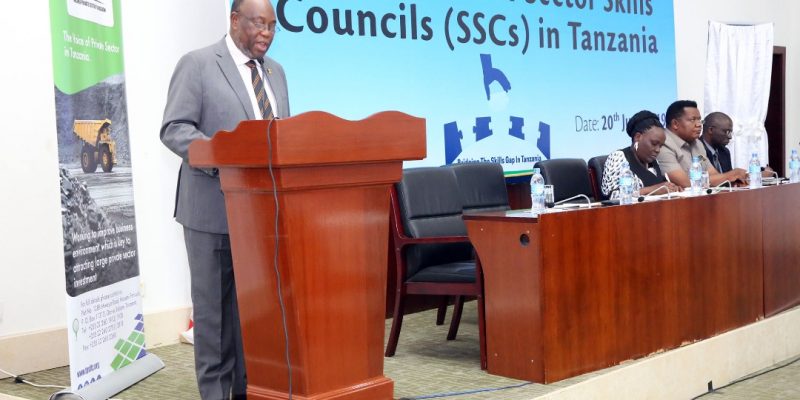 The Launch of Sector skills councils in Tanzania

The government in partnership with the Tanzania Private Sector Foundation (TSPSF) is pushing for sector skills councils that will mould college finalists into skillful competitors on the labour marker.

Professor Joyce Ndalichako, Minister for Education, Science and Vocational Training says that the government attaches significant importance to the councils due to the needs of skilled labour in the market.

Ndalichako said that it had been realized that most graduates do not perform in all branches of the economy thus needing pre engagement training to acquire skills to become competitive skillful workers.

According to Ndalichako, the government views the councils as important agents of change and will help the government in achieving declared national objectives.

“Those councils hold a special place in archiving our industrialization objective and making Tanzania a middle income industrialized nation,” she said.

The programme is a joint initiative between the government and private sector and more importantly because the needs skilled workers in every sector of the national life.

Salum Shamte, Chairman of TPSF said the councils would among other things act swiftly as conveyor belts for both public and private institutions in spearhead social-economic development and growth.

“This is very crucial stage and I am optimistic that these councils will play a key role in bridging the skill gap in Tanzania,” said Shamte adding that though the councils, the needs of each sector of economy could easily be identified and prioritized.

According to Shamte, the councils would focus on sx key areas of agriculture, tourism, industries, construction, energy and ICT. The graduate would also be exposed on enterprise base training and public private partnership delivery.

The partners agreed that the council would have members not less than 11 or more than 13 people. The chairman and members of each council would be picked from sector where the member would be coming from and most of the would be from the private sector.