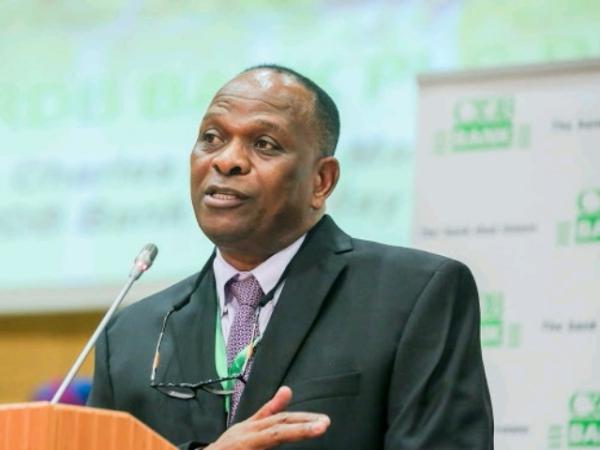 The days of cash payments across the world are numbered a senior Visa International official has said, calling on Tanzanians to ready for inevitable use of bank cards and other digital platforms when buying and paying for goods and services.

Speaking on Friday in Dar es Salaam at the CRDB Bank’s event to award the first batch of winners in its campaign to promote the use of Tembo Card Visa, the head of Visa in East Africa, Sunny Walia, said the global financial services company remains committed to support increase used of digital payments in Tanzania.

Commending the lender for being in the forefront to promote a cashless economy and advancing financial inclusion, the visa East Africa General Manager told a local newspaper that to continue working closely with CRDB Bank to create a robust local payments industry.

Visa has partnered with the bank, in the ongoing campaign being conducted through the use of CRDB Bank’s debit and credit cards for bank’s clients to go and watch this year’s.

In his speech before handing over of various prizes to the 15 winners, the Managing Director of CRDB Bank Plc, Dr. Charles Kimei, said the bank has worked closely with Visa to promote bankcards for many years and the partnership will not be ending tomorrow or the day after. The prizes include three out of the 24 air tickets for trips to Russia.

According to him, the America company has been supportive of the evolution of digital payments in the country since 2002 debuting of Tembo Card, which pioneered the new digital cash culture.

He added that the campaign which seeks to create awareness on the use of digital payment cards has been strengthened by the involvement of Visa and gained a lot from the support offered by Multichoice.

“Today’s prizes are the start of the beginning since many more will be won by our customers until the World Cup ends in July,” Dr. Kimei said. “When you partner with the like of Visa and Multichoice in such big promotions like this one, everything works out perfectly,” he noted.

“The main objective of this campaign is to support our clients embrace the culture to use their cards when buying and paying for various goods and services online or at points of sale that are in supermarkets, retails shops, hotels, hospitals and other public and private sector entities,” Dr. Kimei added.

He said CRDB Bank has ambitious plans to expand the outreach of its digital payment platforms such has introduction bar codes on mobile phones, use at stadiums and ensuring even food vendor adopt the new technologies. He added that the purpose to introduce Tembo Card was to help reduce crowds in the bank’s outlet halls, avoid the use of cash and tame robberies.

According to him, the investment has paid off handsomely since the has helped to cut costs, reduced the hassles of counting cash and enables customers to pay exact amounts and done away with buying change.

To CRDB Bank, he explained a new era of digital money has begun to unfold in the country and the role played by Tembo Card in promoting the cashless economy indecisive.

Walia said Visa works with committed partners like CRDB to deliver exclusive benefits. He added that the two partners are committed to accelerating financial inclusion in the country because Tanzania has huge potential for digital payments business.

“Africa is the future of the growth of digital payments in the world and Tanzania is one of our key markets in East Africa where we plan to make more investments,” Walia said.

“Factors making Tanzania an important growth market include its big and growing population, low penetration of banking services, the country’s financial inclusion efforts and the emerging middle class,” he added.